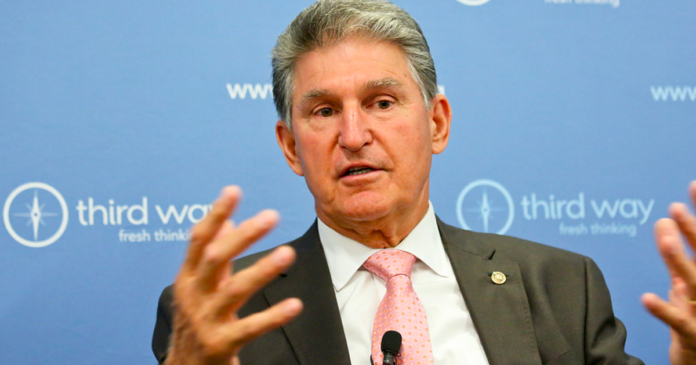 US Senator Joe Manchin says it makes “no sense” that President Joe Biden has been averse to importing Canadian oil.

The Biden administration has instead relied on Iran to increase its energy supply, even after former US President Donald Trump exited a 2015 nuclear accord and reimposed sanctions to curb oil exports and revenue to Iran’s government.

Manchin said Canada has been America’s best trading partner and ally, and 62% of US heavy crude oil already comes from Alberta. But instead of looking to import more oil from Alberta, the Biden administration is considering lifting sanctions from Iran, whose regime Manchin called “prolific terrorist supporters.”

“It makes no sense to me, whatsoever,” Manchin told True North’s Andrew Lawton at the World Economic Forum’s annual meeting in Davos.

“We’re going towards areas that basically do not have the kind of standards that Alberta has and the way they’ve done so well… so many different advancements.”

Manchin, a Democrat from West Virginia, has been at odds with the Biden administration’s energy approach.

The administration began negotiations with Iran in 2021 about lifting sanctions should Iran cease development of its nuclear program. Tehran has ramped up its nuclear activities since Trump exited the 2015 accord.

Following reports about the possibility of lifting the IRGC from the Foreign Terrorist Organization list, Manchin wrote to Secretary of State Antony Blinken in April 2022 asking him to maintain the current sanctions .

“Let me be clear. The IRGC is a terrorist organization,” he wrote.

“We must not be shortsighted in the use of sanctions relief to mitigate our present energy challenges.”

In April, Manchin visited Alberta to learn about the province’s energy sector. Former premier Jason Kenney advocated for Alberta energy at a US Senate committee in May following an invitation from Manchin.

Manchin also said Biden’s Inflation Reduction Bill provides a “tremendous” opportunity for the US to be energy independent. But first, America needs to develop an all-energy policy using oil, gas, and coal and develop new technology for the future, he said.

“That’s what we’re working on. That’s what that deals with. It’s about energy security, and basically producing cleaner than any other hydrocarbons in the world,” he said.

“So with that, basically, we’re going to have to have Alberta oil — there’s no ifs, ands, or buts about it.”