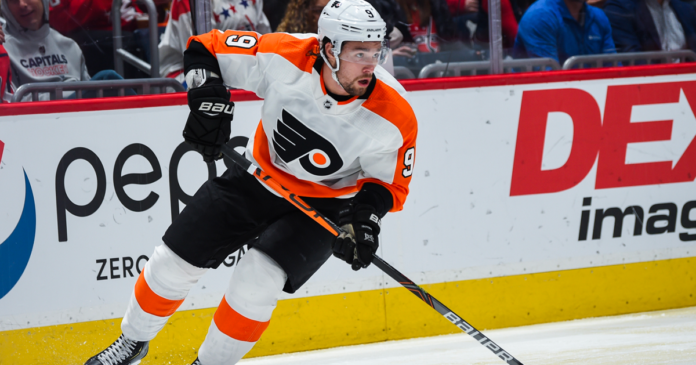 Provorov said in a statement that the move stems from his religious beliefs.

“I respect everybody’s choices. My choice is to stay true to myself and my religion. That’s all I’m going to say,” said Provorov.

Reacting to the event, several pundits have expressed outrage including Breakfast Television host Sid Seixeiro who called on the NHL to give the Flyers a “million dollar” fine and to “attack” Provorov for his beliefs.

“I think you fine the Flyers a million dollars for this. I’m not kidding. Figure this out and stop offending people on nights when it’s not about that, it’s supposed to be about inclusivity,” said Seixeiro.

“The (NHL) need to attack this… Nothing scares me more than any human being that says ‘I’m not doing this because of my religious beliefs’ because when you look at people’s lives who say that publicly, you would throw up at what you saw.”

Other Canadian sports journalists joined in on the conversation including the Toronto Star’s Bruce Arthur and the Philadelphia Inquirer’s Giana Han.

Similarly, TSN commentator Gord Miller claimed that the Flyers should have barred Provorov from playing in the game although he had a right to refuse to participate.

Flyers coach John Tortorella has stood by his player though, saying that Provorov was “being true to himself.”

“With Provy, he’s being true to himself and to his religion,” Tortorella told the media.