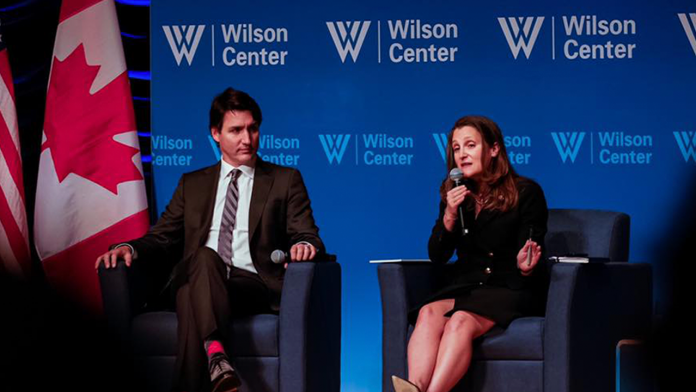 The Canadian Taxpayer Federation (CTF) is again doing what it does best, which is exposing the hypocrisy of the Trudeau government as it sets out on a cabinet retreat in a few days to supposedly  “focus on continuing to make life more affordable for Canadians.”

As the CTF said, the “rubes”—that’s you, me, us—are mad, and angry moreover for being “ripped off” in the greater scheme of things.

“Taxes and regulations are making it hard to put food on the table,” the CTF wrote in an op-ed first published in the Sun papers.

“Politicians and bureaucrats are misleading us.

“They’re wasting our money and not being honest about how it’s spent. And they’re showering themselves with bonuses and raises no matter how bad of a job they’re doing,” says the federation.

Prime Minister Justin Trudeau promised that “we are not going to be saddling Canadians with extra costs … the last thing Canadians need is to see a rise in taxes right now.”

So why did the government spend $450,000 to study and promote a home equity tax?

The truth of the matter is that the federal government is raising five taxes this year. The Canada Pension Plan tax, Employment Insurance tax, the carbon tax and alcohol taxes are going up.

And, to top it off, the PM is imposing a second carbon tax through fuel regulations.

This isn’t the only time the government misled taxpayers. The CTF lists them off.

Trudeau’s former environment minister said the government had “no intention” to raise the carbon tax after 2022. The carbon tax is now increasing to 37 cents per litre of gas by 2030.

The Trudeau government claims with a straight face that “families are going to be better off” with the carbon tax and its rebates. Politicians continue making this claim even though the Parliamentary Budget Officer shows it’s a pack of lies. The average family will be out hundreds of dollars this year—even after the rebates.

“If politicians were serious about fighting misinformation, they would stop misleading taxpayers”, says Franco Terrazzano, the federal director of the CTF.

Politicians are raising taxes to paper over the wasteful spending, he says.

The federal government spent $8,800 on a sex toy art exhibit in Germany. It spent $6,000 per night on a single (London) hotel room (during the funeral of Queen Elizabeth II.)

Trudeau won’t say who stayed in the $6,000 hotel room, and neither will anyone in his entourage. Everyone’s mum’s the word.

It spent $1 million on the governor general’s week-long trip to the Middle East that included a bill for almost $100,000 for airplane food.

Big business is also on the take. “The government announced $295 million for the Ford Motor Company, $12 million for Loblaw, $420 million for Algoma Steel and $372 million for Bombardier,” says the CTF.

Average Canadians skipped meals because of the regulations and inflation coming from governments, the CTF argues, while politicians and bureaucrats won’t even skip a raise.

“Members of Parliament took three pay raises since the beginning of COVID-19. A total of 312,820 federal bureaucrats received a raise. There were zero pay cuts”, says the CTF.

The government even doled out $361 million in bonuses during the pandemic. All while departments failed to meet half of their objectives.

No wonder we rubes are angry.

The Bank of Canada failed to keep inflation low and still handed out $45 million in bonuses and raises.

“The Canada Mortgage and Housing Corporation has one goal: housing affordability for all.” Canadians couldn’t afford homes in 2020 and 2021. The CMHC still gave its employees nearly $60 million in bonuses and wage hikes.

VIA Rail lost millions and took a taxpayer bailout, yet still handed out bonuses, raise and lavish executive pay cheques.

The CBC, which costs taxpayers $1.5 billion a year, handed out $51 million in bonuses and raises during the pandemic.

“If politicians don’t want Canadians to be angry, there are simple solutions: stop taking so much money, stop misleading, stop wasting money and stop rewarding failure with our tax dollars,” says Terrazzano.

Meanwhile, Trudeau and his cabinet are off to a retreat on Jan. 25, and the PM had the nerve to say this:

“This Cabinet retreat will be an important opportunity to build on our continued efforts to make life more affordable for the middle class and people working hard to join it. In 2023, we will keep working relentlessly to build a better future and a strong economy for all Canadians.”