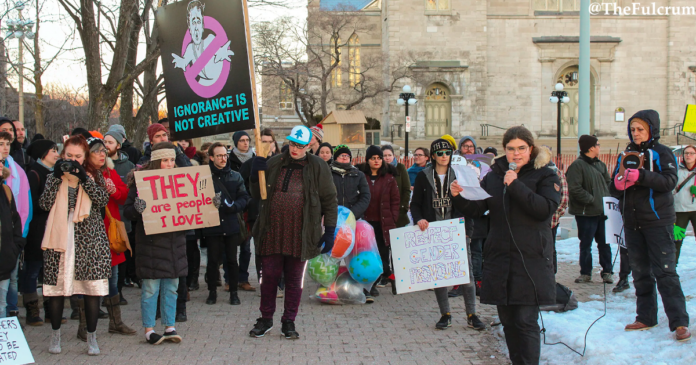 It’s really quite sad that a coalition of activist groups actually believes they stand a chance in their campaign to lean on Ottawa City Council to somehow get an upcoming Jordan Peterson event cancelled.

Peterson is currently in the middle of his Beyond Order: 12 More Rules for Life Tour, where he has almost 30 cities left to visit.

What’s impressive is not just the geographic scope of the tour – it covers multiple countries – but also that these aren’t small venues. For some stops, like Seattle and Toronto, there are two days planned.

This is the sort of book tour that most publishers can only dream of having for their authors. For the Ottawa event, Peterson is speaking at the Canadian Tire Centre – it’s the largest venue in the city, where the NHL team plays and big name bands perform.

The tour is put on by LiveNation and the book is published by Random House. These are among the biggest players in their respective fields.

I point this out to illustrate that the Peterson tour is a very mainstream event, one that appeals to people from all segments of society. And the broad scope of the Peterson tour actually serves to debunk the arguments made by those trying to cancel it. They’re attempting to portray him as some extreme, fringe character when the truth is that they’re the lunatic fringe.

The coalition is a mash-up of dozens of activist groups including the Council of Canadians, the Centretown Community Health Care, the Ottawa Coalition to End Violence Against Women and the Ottawa Historical Fencing Society (yes, sword fencing).

Their open letter on the issue is awash with accusatory theatrics: “The toxic, and often violent, rhetoric touted by Peterson – whose ideas are misogynistic, homophobic, transphobic and racist has led to an increased environment of hate.”

One of their biggest arguments is that because Ottawa was the site of the Freedom Convoy and Peterson voiced his support for the protesting truckers, his speech will be too traumatic for Ottawa residents and must be stopped.

“As we approach the one-year anniversary of the so-called ‘Freedom Convoy,’ the last thing we need is a spokesperson of the far-right taking centre stage in our city,” said Jaime Sadgrove, of the Canadian Centre for Gender and Sexual Diversity, one of the coalition groups.

How do people say these things with a straight face? A healthy dose of self-awareness should prevent most people from saying embarrassing things like playing up how they fear being harmed by a successful author’s book tour.

That’s the thing about the Peterson hate community though – where people who haven’t even read him whip each other up into a frenzy over their preconceived notions – it’s all pretty juvenile stuff.

Peterson’s fans say the most impactful aspect of his work helped them become more grounded and find meaning in life. He’s helped them grow up.

The haters should pause and take note. Why is it that Peterson can fill large arenas around the world? What’s actually written in those books that they hate so much? What does he say in all those lengthy videos aside from those few seconds of clips that they obsessively play on repeat?

Like how not every music fan is going to want to see every band perform, it’s perfectly natural for people to say they’re just not interested in reading Peterson’s books or attending his events. But it does seem like those who make the most noise about wanting nothing to do with him are in fact those who would benefit most from attending.