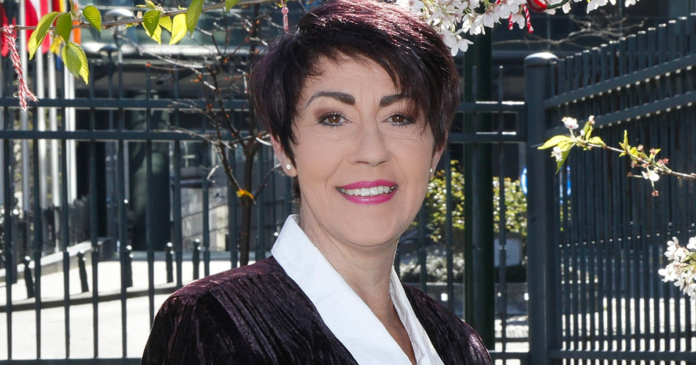 A European politician who rebuked Prime Minister Justin Trudeau in front of the European Union Parliament last year has announced a Canadian tour to meet the people she says are the bravest in the world.

German MEP Christine Anderson has booked tour venues in Alberta, Quebec and Ontario this February because she says she has grown fond of Canadians since seeing their resistance to what she describes as a totalitarian regime in Canada.

“Canadian truckers, they just stood up,” she said in an interview with Rebel News on Friday. “And they just said ‘No, we’re not going to put up with this. We will fight for […] our freedom.’ That takes a lot of courage, and a lot of bravery. I was so impressed by that.”

Anderson’s tour begins on February 18 in Calgary with later stops in Toronto, Whitby and Montreal.

Last March, Anderson received international media attention when she harshly criticized Trudeau during his trip to speak at the European Union Parliament in Brussels.

Speaking to the parliament floor and Trudeau, Anderson said Trudeau was a disgrace for any democracy.

“It would have been more appropriate for Mr. Trudeau […] to address this house according to Article 144, an article which was specifically designed to debate violations of human rights, democracy, and the rule of law, which is clearly the case with Mr. Trudeau.”

🇨🇦🇬🇧|Yesterday, Canada's Prime Minister @JustinTrudeau visited the #EU Parliament to give a speech. I took the opportunity to give him an appropriate "welcome" there. Short, concise and right hitting the bull's eye! #ID pic.twitter.com/qpcQyGTixQ

Earlier this month, Anderson phoned in to speak at a protest outside the College of Psychologists of Ontario. Anderson said she stood with protesters to support Canadian psychologist Jordan Peterson, whose license to practice psychology was being threatened by the college in response to his behaviour on Twitter.