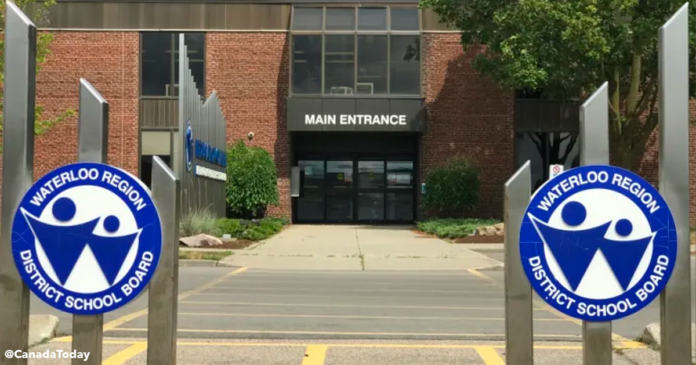 The anonymous and unsigned open letter was a response to a scathing but entirely accurate speech by concerned parent David Todor a week earlier addressing the board’s obsession with gender identity and sexual orientation.

Trustee Cindy Watson said in her 22 years on the board she’s never seen a parent responded to in this way.

“I was completely shocked,” she said, adding she certainly wasn’t consulted about the appropriateness of the letter.

Watson said she felt the letter was “excessive” and it was “heavy-handed” to use social media to counter parental concerns.

She said it can be a “very intimidating” experience to speak at board meetings and she hopes it never happens again.

Trustee Mike Ramsay called out education director Jeewan Chanicka for issuing the “disrespectful” letter without coming back to the board for approval – adding that certain board members may have signed off on the letter in secret.

“I think the parent was attacked in everything but name,” he said.

The subsequent responses from Chanicka and his sycophant trustees proved to me that most of those on the board are part of a cult that has nothing to do with teaching students academics.

When Chanicka was asked to justify the release of the letter, he claimed it was done openly to the entire community because there were some concerns expressed by the speaker (Todor) about the board’s lack of transparency (an immature response in my view).

He asked the staff who participated in crafting the letter to identify themselves and seven masked bureaucrats stood up.

In response to the appropriateness of sexual orientation and gender identity being requested of kids as young as nine, Chanicka countered by referring to the protection under the Human Rights Code and Charter of Rights and Freedoms, as he and the board regularly does, in my view, to silence opposition.

He was unrepentant about releasing the open letter claiming the board referred Todor’s concerns to staff to address.

I watched the meeting at which Todor spoke and the referral was to deal with him directly. There was no mention of a boardwide response, no matter how much Chanicka or his high-priced executive officer tried to sugarcoat it this week.

They knew an open letter would be controversial and was in my view yet another quid pro quo from Chanicka who, the more I observe, the more childish I find him.

He appears out of his depth and accountable to no one.

To handle criticism, Chanicka has hired Eusis Dougan-McKenzie, who works out of Toronto to run interference for the education director.

At this week’s board meeting, Dougan-McKenzie claimed when Todor asked questions about surveys that wanted to know about his daughter’s sexual orientation and gender identity, this was a “veiled attack” against the 2SLGBTQIA community.

“People use certain coded language to attack the trans community and make their lives unsafe,” she said.

This from a woman who constantly calls those who criticize her on Twitter “racist.”

Much of the problem is that the socialist trustees rush to support Chanicka, no matter how offensive or off-side he is.

One is former chairman Scott Piatkowski, the subject of a $1.7-million defamation suit and two judicial reviews for his behaviour last term.

“I thought some of the delegate’s remarks were unfair, inaccurate and offensive even referring to child abuse,” he said, muffled behind his N95 mask as were his fellow NDP-aligned trustees.

He added that he thought it was “entirely appropriate” to release the open letter and it was being “widely discussed” in the media. He added that the letter was helpful and entirely accurate.

Of course he did. This is the same chairman who cancelled former 20-year teacher Carolyn Burjoski a year ago, four minutes into a similar presentation about the age-appropriateness of certain WRDSB library books.

While Burjoski was muzzled, Piatkowski proceeded to do the rounds of the media making outrageous claims about the teacher, including his view that she is transphobic (thus the reason for lawsuits).

Watson, Ramsay and new trustee Bill Cody were so upset with the open letter they issued a letter of their own to the media.

They suggested that now parents are being “judged and labeled” for raising “legitimate concerns” about their childrens’ education.

“Will a WRDSB open letter dissuade parents from coming forward in the future?” they wrote.

“If the WRDSB is really committed to serving everyone, that must also include parents who have the courage to disagree with them.”