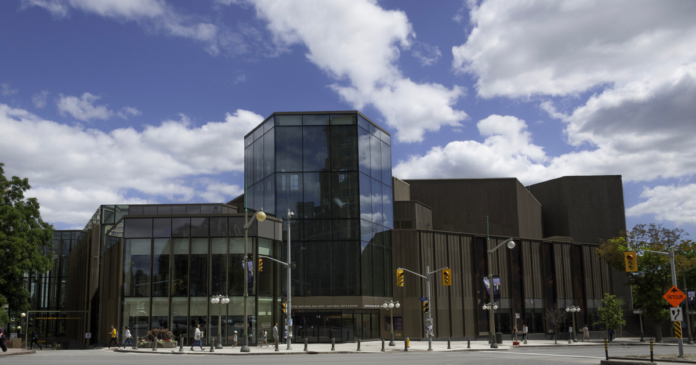 Ottawa’s National Arts Centre (NAC) says it does not engage in racial segregation after receiving backlash over its announcement of its first “Black Out night” featuring a performance with “an all-Black identifying audience.”

The NAC is facing a flurry of online accusations that the performing arts venue is engaging in racial segregation, reverse racism and general wokism.

In a news release, the NAC says “Black Out nights” are “an open invitation to Black Audiences to come and experience performances with their community.” It adds that “the evenings will provide a dedicated space for Black theatergoers to witness a show that reflects the vivid kaleidoscope that is the Black experience.”

The first “Black Out night” is scheduled for Friday, Feb. 17 for a performance of a play by Aleshea Harris called Is God Is. The NAC says that evening’s show “will welcome an all-Black identifying audience.”

A screenshot from the third-party ticket sales website used by the NAC shared by Canadian journalist Jonathan Kay shows a notice saying the Feb. 17 show is “exclusively for Black audiences.” Kay was the first journalist to report on the dedicated performance.

However, the notice on Ticketmaster has since been changed to say the performance is “for Black-identifying audiences”, removing the word “exclusively” and adding the word “identifying.”

An NAC spokesperson confirmed to True North that the change to the notice was made, saying “the copy on Ticketmaster (which is on a third-party platform) was not aligned with our notice for ticket buyers and was asked to have it changed accordingly.”

The spokesperson also said that “there are no racially segregated shows at the NAC.”

“Of the nine performances of Is God Is, we have dedicated one performance to those who self-identify as Black and their guests. No one will be turned away at the door; there will be no checkpoints for Black Out Night ticket holders and no questions will be asked about anyone’s identity or race,” she added.

The spokesperson also defended the NAC’s new “Black Out nights”, saying they serve as “a way to strengthen relationships with historically underserved audiences.” The first “Black Out” show took place in New York city in 2019 for a performance of Jeremy O’Harris’ Slave Play on Broadway. The concept has since been adopted by venues in other cities, including in Toronto, London U.K., and now Ottawa.

The NAC received backlash on social media, including from Canadian author and psychologist Dr. Jordan Peterson and British rapper and podcaster Zuby.

Meanwhile, some Twitter users have been writing critical comments in the replies of recent Tweets from the NAC – multiple of which have been hidden.

The NAC will hold another dedicated evening for black audiences on May 5, and says it plans to host further dedicated shows in the future.