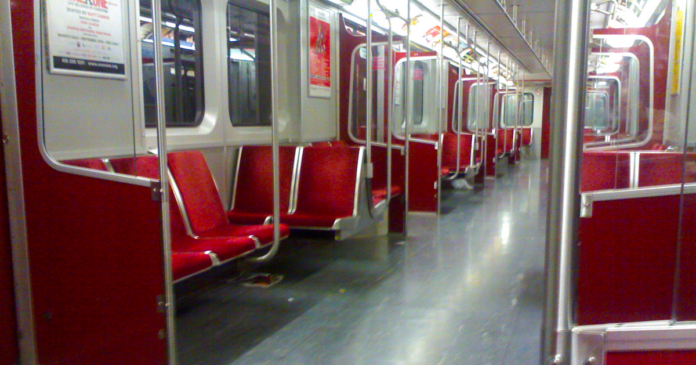 The national president of the Amalgamated Transit Union (ATU) has called on Prime Minister Justin Trudeau and other decision makers to honour their promises to tackle random violence on public transportation.

“Today, we heard from the prime minister who made a commitment to have these discussions about how we can tackle violence on transit systems. I hope and anticipate that it’s not just talk and that our office gets a phone call,” Di Nino said of remarks Trudeau made earlier in the day.

While speaking to the media about the ongoing federal cabinet retreat in Hamilton, Ontario, Trudeau told reporters that he’s willing to work with provincial and local levels of government to take action on the matter.

“Keeping Canadians safe remains one of the top jobs that all orders of government need to put at the forefront of everything they do. We will of course continue to work with the province and with the city on making sure that Canadians are safe,” said Trudeau.

“If there’s a role for the federal government to step up, we will no doubt step up. It’s something that we’re happy to partner with provinces and municipalities.”

The ATU has called for a national task force composed of all levels of government and transit agencies across Canada to investigate the “out of control” violence and propose solutions.

He said “kind words” are not enough and that violence on public transit is a systemic issue.

“Far too often we sit and listen to all of the kind words that come from CEOs and transit agencies and politicians saying ‘our hearts and best wishes go out to all of those victims. But it’s a one-off and our systems are safe’,” said Di Nino.

“Well, what we’re seeing today is that our systems are not safe and we need to ensure that the riding public has safe, reliable and affordable transit across this city and across this country. We can ill afford to do that by sitting on our hands and treating every incident as a one off.”

According to Di Nino, transit operators across Canada face up to 3,000 assaults annually – not including those which go unreported.

“There are many, many that are being unreported… Whether an operator or transit professional gets spat on or gets pushed or punched but gets back into the seat and starts doing their job again,” said Di Nino.

On Tuesday four teenagers were arrested and charged in relation to a “swarming” attack of two Toronto Transit Commission operators in Scarborough.