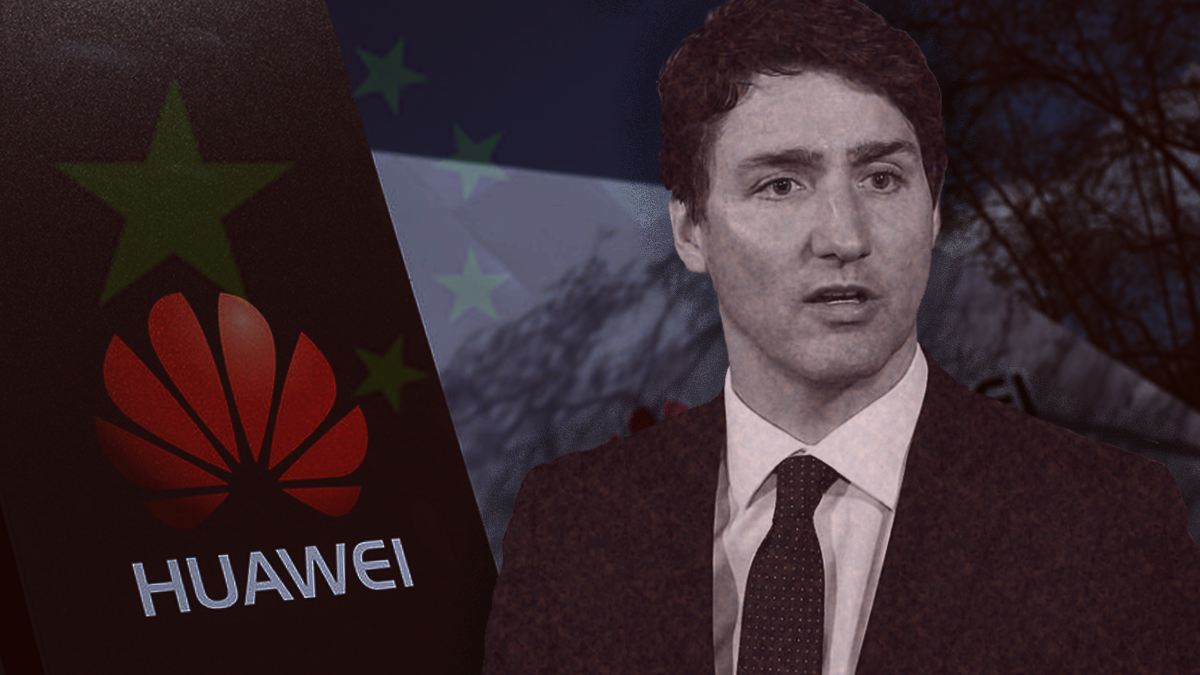 As Prime Minister Justin Trudeau ponders whether or not to allow Huawei onto Canada’s 5G network, more and more national security experts and lawmakers are warning the Liberals about the company.

Both Canadian and American authorities have sounded the alarm on Huawei, saying that its presence on 5G networks would pose a risk to national security and would endanger intelligence-sharing relationships between Western allies.

Here are 12 current and former security experts, lawmakers and officials who have gone on record warning Canada about Huawei technology.

According to the Globe and Mail, senior members of the Canadian military advised Justin Trudeau to ban Huawei technology from Canada’s 5G networks. Among the officials calling on the ban was Canadian Forces Chief of Defence Staff General Jonathan Vance.

“The underlying 5G mobile networks are the piping of the data-intensive modern economy, and control over this underlying infrastructure represents more than a typical government procurement contract. It is a matter of national security, as the piping can be used as a Trojan Horse to spy on every piece of information that crosses the networks,” wrote Lombardi in a Globe and Mail op-ed.

“Huawei claims that it is a private company—similar to Apple or Google—and is being unfairly treated by the United States and its allies. But the reality remains that Huawei is a company beholden to higher laws that could—and most likely would—make it a tool for state-sponsored espionage,” warned Fadden.

“The state in China being what it is, even though Huawei is an independent company … [the government] would have the capacity to ask and demand Huawei’s assistance in collecting intelligence,” said Elcock.

“You get Huawei into Canada or any other Western country, they’re going to know every health record, every banking record, every social media post. They’re going to know everything about every single Canadian and so put aside the issue of sensitive data, Five Eyes intelligence sharing, obviously that’s something (that) will be impacted if our close allies let the Trojan Horse in the city,” said O’Brien.

US Secretary of State Mike Pompeo

“We write with grave concerns about the possibility that Canada might include Huawei Technologies or any other Chinese state-directed telecommunications company in its fifth-generation (5G) telecommunications network infrastructure,” wrote Rubio and Warner.

“As you are aware, Huawei is not a normal private-sector company. There is ample evidence to suggest that no major Chinese company is independent of the Chinese government and Communist Party − and Huawei, which China’s government and military tout as a ‘national champion,’ is no exception.”

“It gives the Chinese the ability, if they choose to use it, to access all kinds of information. Civilian intelligence, military, that could be very, very compromising. That will throw the Five Eyes collaboration, which serves the security interests of every Canadian and every American, into jeopardy. It just can’t be done,” stated Rice.

“It would make it very difficult to have a full intelligence-sharing [relationship] with a partner who has installed a direct line to Beijing,” said King.

“The risks of Huawei coming into your country far outweigh any benefits.”

“I would hope the Canadian government — like any government — as they sort through this get briefed by their intelligence agencies as to the risks involved with signing up with a company that is fully controlled by the Chinese Communist Party,” said Risch.

“When any information goes to Huawei or through Huawei, the Chinese Communist Party will have access to that information. Is it worth it to save a little money by buying a cheaper system? My conclusion is a resounding no. I would hope the Canadian government will reach the same conclusion.”

“We are particularly concerned with any company that operates in the 5G space that is subject to extrajudicial control by a foreign power and could be compelled to undermine network security for nefarious reasons,” said Stanford.

“I know there are those out there who believe you can mitigate not only within the core and the edge [of the network] … I have been briefed by a number of experts in the U.S. and it’s our considered opinion that there absolutely is no way to fully mitigate and ensure the integrity of the system.”

Senator Rick Scott told the Globe and Mail that if Canada allows Huawei to supply gear for Canada’s 5G networks, the US may stop sharing valuable intelligence information.

Both the US Senate and House tabled legislation in January 2020 to cut off intelligence sharing with countries that allow Huawei access in its 5G networks.