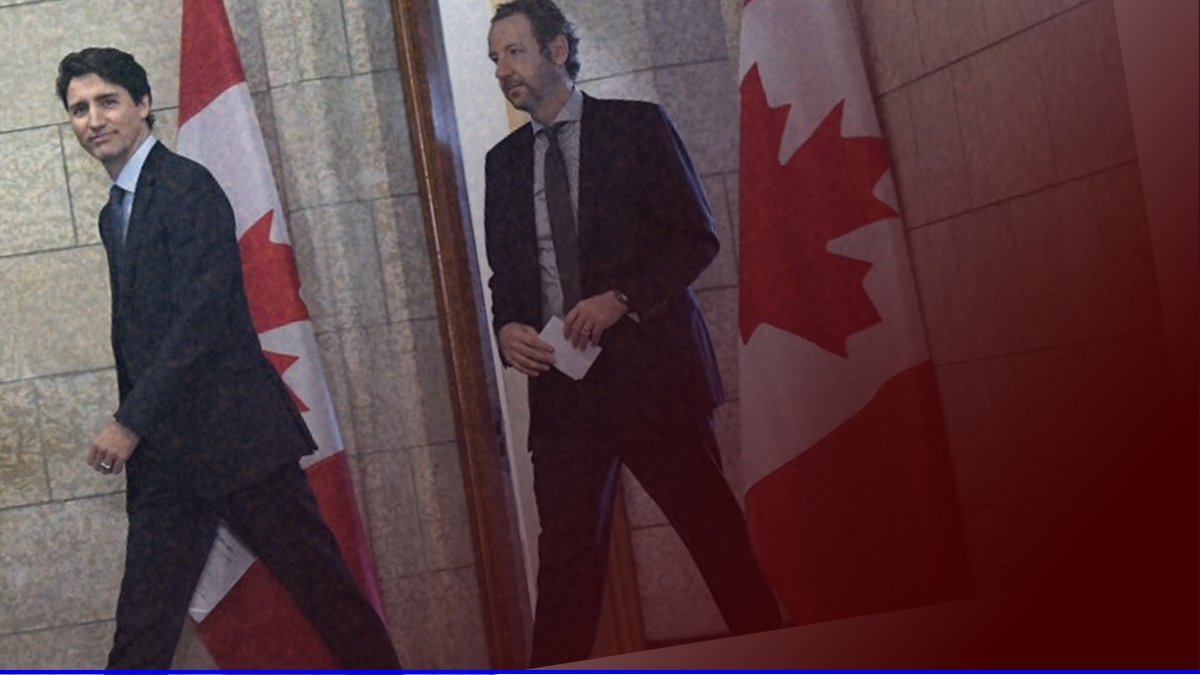 When Trudeau’s former Principal Secretary turned Liberal Party strategist isn’t calling people Nazis, Butts is busy telling us that if we just do our sums better we could put an end to climate change.

Oh, and that if you’re religious, you’re probably a fool who doesn’t believe in science.

In responding to a graph showing Canada’s greenhouse gas emissions by source, Butts asserted to CBC’s Robson Fletcher that climate change is a “math problem” and that people should “stop taking theology books to math class.”

Leaving his terrible analogy aside (literally no one has ever used theology books to try to make a point in a math class), the meaning of his tweet is clear. He implies that the only foundation from which anyone would question climate change is an unscientific one, and that ‘unscientific’ always (and seemingly only) equates with ‘religious’.

The problem is, nobody opposes climate action on religious grounds as he suggests.

Does Butts seriously think that Canadians do not believe in climate change because they read the Bible, Torah or Quran?

Climate change is not a religious issue by any stretch; nobody cites the Bible when differing with the prescribed wisdom of climate activists and many religious leaders, such as the United States Conference of Catholic Bishops have in fact come out strongly in support of climate action, declaring that “care for the earth is not just an Earth Day slogan, it is a requirement of our faith.”

Being a religious person in no way means that one is anti-science or that they only use their theological books to find answers to all of life’s questions.

As a religious Jew I have no issue with the ideas and processes of evolution, and I don’t hold the earth to be literally 6,000 years old. I do not have these views in spite of my religious beliefs, but because of them. For someone like me, scientific knowledge does not stand in opposition to my theology, but instead helps bring religious ideas from a metaphysical concept to a physical understanding.

Gerald Butts should know better but instead, he chose to smear millions of religious Canadians in order to score some cheap political points, pinning the tweet to the top of his profile.

Sadly, the view that religious people — especially if they are White and Christian — are ignorant and backwards is nothing new for many politicians and activists who use religion simply as a club with which to bash their political opponents.

For them, if you are against climate action it’s because you are placing your religious views ahead of science and facts, potentially endangering us all.

Ironically, these same politicians will also conveniently quote the Bible’s wisdom when talking about their support for open borders or insisting that Jesus was a refugee to religious Canadians who have questions about the record number of asylum claims in 2019. It seems that they are okay with religion as long as it is used for ideological, rather than spiritual purposes.

That is why statements like Butts’ are so harmful. They falsely equate religious views with a refusal to accept science and portray anyone with a modicum of religiosity as backwards and ignorant. And if they are, then they and their views can be dismissed easily without having any of their points or concerns addressed. In short, their questions are not worth answering.

False equivalencies such as these need to be challenged wherever they’re found, since they serve only to stifle conversation and push people apart. The only solution to ignorance is more conversation, not less. If you refuse to engage with your ideological (or spiritual) critics, you’re ultimately only speaking into an echo chamber.

But perhaps that was Butts’ point all along: marginalize those who disagree with you, they’re just religious and backwards anyways.