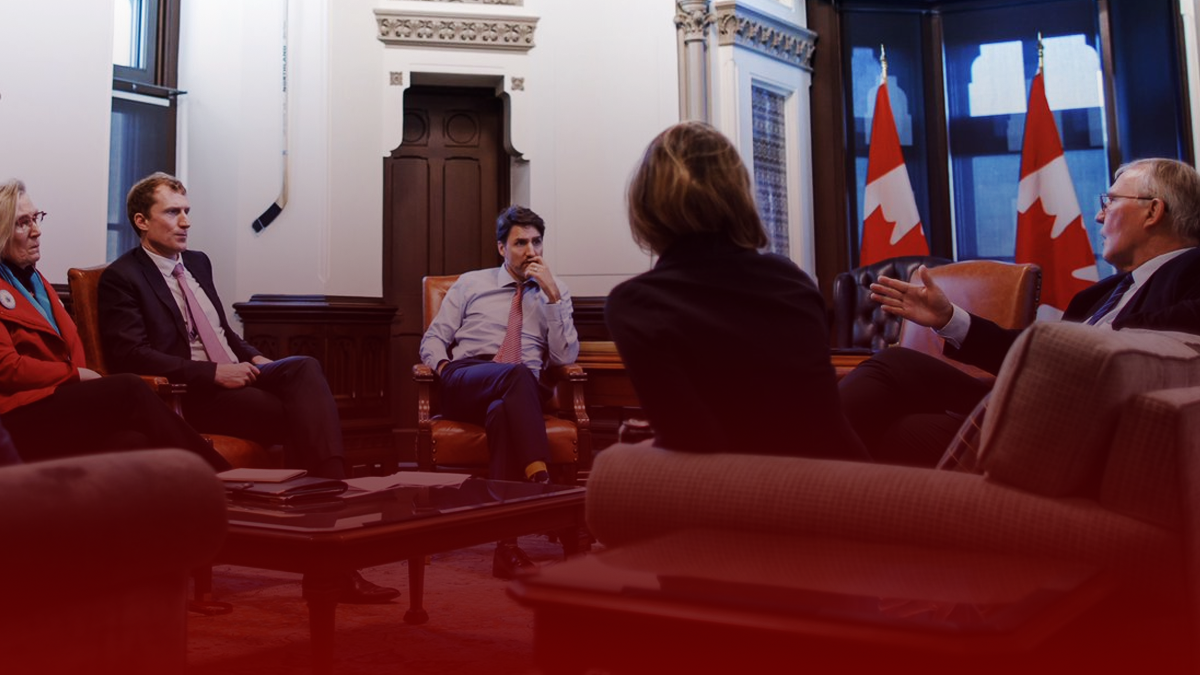 After spending the guts of two weeks traipsing around Africa and Europe ostensibly doling out taxpayer money to solicit support for his vanity seat on the UN Security Council, the Prime Minister finally came back to Canada to address the burgeoning blockade protests popping up across the country

The protests have ground the country to a halt economically, shutting down rail traffic and preventing all manner of products and produce from getting to their markets.

The Prime Minister had just been bleating on about having a dialogue with those involved. The deep thinker that is Justin Trudeau failed to take into consideration that the Wet’suwet’en First Nation support the pipeline project and its members stand to benefit greatly from it. All the protests which claim to support the Wet’suwet’en are anything but.

Justin Trudeau arrived back in Ottawa from Europe on Saturday and promptly got to work.

Er, well, according to reports on social media he went skiing on Sunday. The Prime Minister’s website listing his itinerary cited “Private Meetings” for the Prime Minister on Sunday. Whatever he did, had nothing to do with the protests or the rail blockades.

On Monday, the Prime Minister’s Office put out a press release, almost breathlessly saying the Prime Minister was doing something now that he was back in Canada. The press release said, “Today, Prime Minister Justin Trudeau convened the Incident Response Group to discuss the Government of Canada’s engagement to resolve infrastructure disruptions caused by blockades across Canada as soon as possible.”

The Incident Response Group sounds impressive.  Perhaps a group of high-powered folks involved in protecting the nation? Um, no. It consists of a handful of Liberal cabinet ministers including the Minister of Natural Resources Seamus O’Regan and Minister of Indigenous Services Marc Miller, both of whom were college friends of Justin Trudeau. Frat boys. The Prime Minister’s Office put out a photo of the high-level meeting. No one looking at that collection would mistake it for a Mensa meeting.

In fact, the Prime Minister gave away his biggest negotiating chip early when he essentially took a police response off the table giving the anarchists on the blockades notice that absolutely nothing was going to happen to them by way of enforcement for their ignoring of the rule of law.

Seriously, what is with this guy?

The premiers conferred and issued a statement demanding a quick end to the crisis. Even Quebec Premier François Legault called on the Prime Minister to set a firm deadline for the end of this nonsense.

And nonsense it is. Even Greta Thunberg jumped on Twitter to express her support for the Wet’suwet’en people. Which of course, like everything else she spouts off about shows a profound ignorance of the actual situation.

Alberta Premier Jason Kenney hit the nail on the head after the conference call with the premiers. “I am perplexed by the lack of national leadership,” he said. “What is happening here is anarchy. Extended illegal protests contrary to the orders of the courts that are shutting down large parts of the national economy,” Kenney said.

But you see that’s exactly the problem, there is no national leadership. Trudeau’s solution was to tell the vacuous sycophants who attended the Incident Response Group to keep talking.

In the statement released by the Prime Minister’s Office it said, “The Prime Minister stressed the importance of resolving the situation in a peaceful manner, with continued dialogue to address underlying issues in the spirit of reconciliation.”

Meanwhile, the only effective response we’ve seen by the authorities thus far has been by the Vancouver Police who, when given a court injunction, have enforced it and so far has arrested dozens of protesters who ignore the injunctions. The OPP and the RCMP seem to be oblivious to court orders, paralyzed by inaction. Likely because that’s what Trudeau wants.

Perish the thought the police should enforce the rule of law.