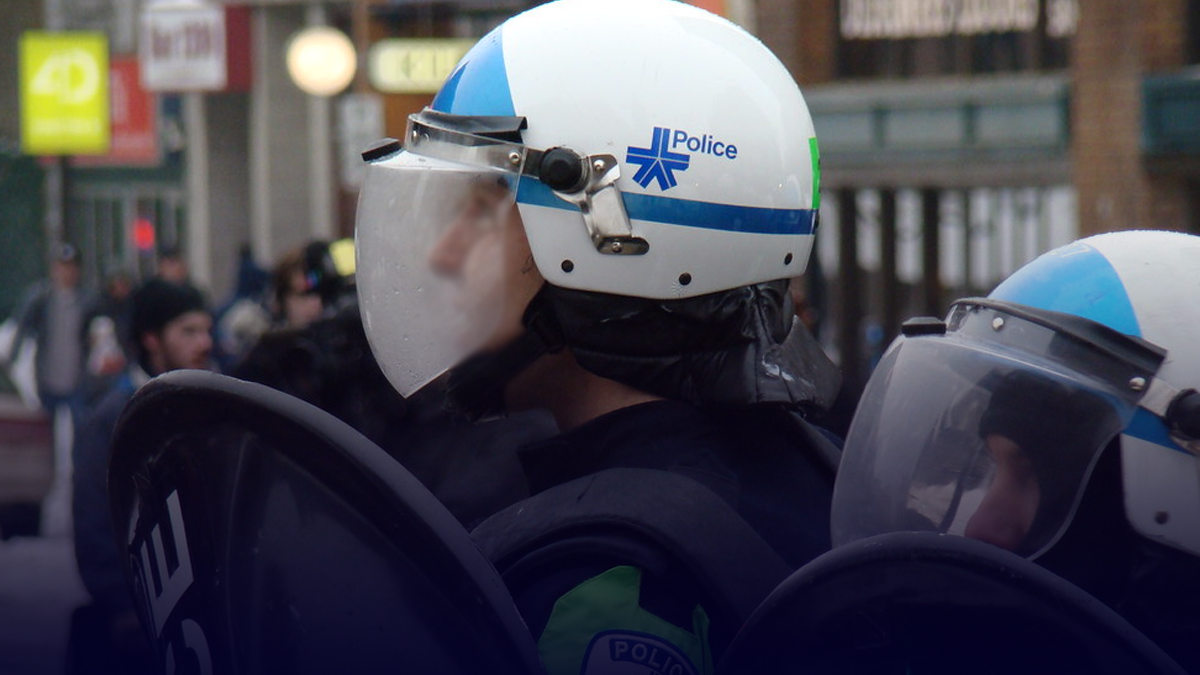 The demonstration was a part of an annual protest against police brutality.

According to police spokesperson Manuel Anglade, two people were arrested on the scene for mischief and uttering threats.

Health officials have advised Canadians to practice social distancing and avoid large crowds in order to prevent the spread of COVID-19.

Riot police encircled the large crowd of protesters as they marched through the city, setting off fireworks and other incendiary devices as pedestrians looked on.

According to an article posted Sunday on the anarchist website Montreal Counter-Information, a group calling itself the Collective Opposed to Police Brutality (COBP) took responsibility for the march.

“Not wanting to reduce the severity of the current health crisis, it must not be used as an excuse to forget and stifle the dissent that is taking place around the world,” claimed COBP.

“And this current situation is part of a broader ecological crisis. Obviously, crisis also means repression.”

As exclusively reported on by True North, Montreal Counter-Information was also responsible for publishing guides during the national rail blockade crisis on how to create Molotov cocktails and other means of sabotaging national infrastructure.

On January 14, the website called on its followers to disrupt rail lines, saying that “Molotovs can greatly increase our power in the streets.”

As of Wednesday, March 18, Quebec reported its first death due to COVID-19. Another 94 people have been infected by the virus in the province.