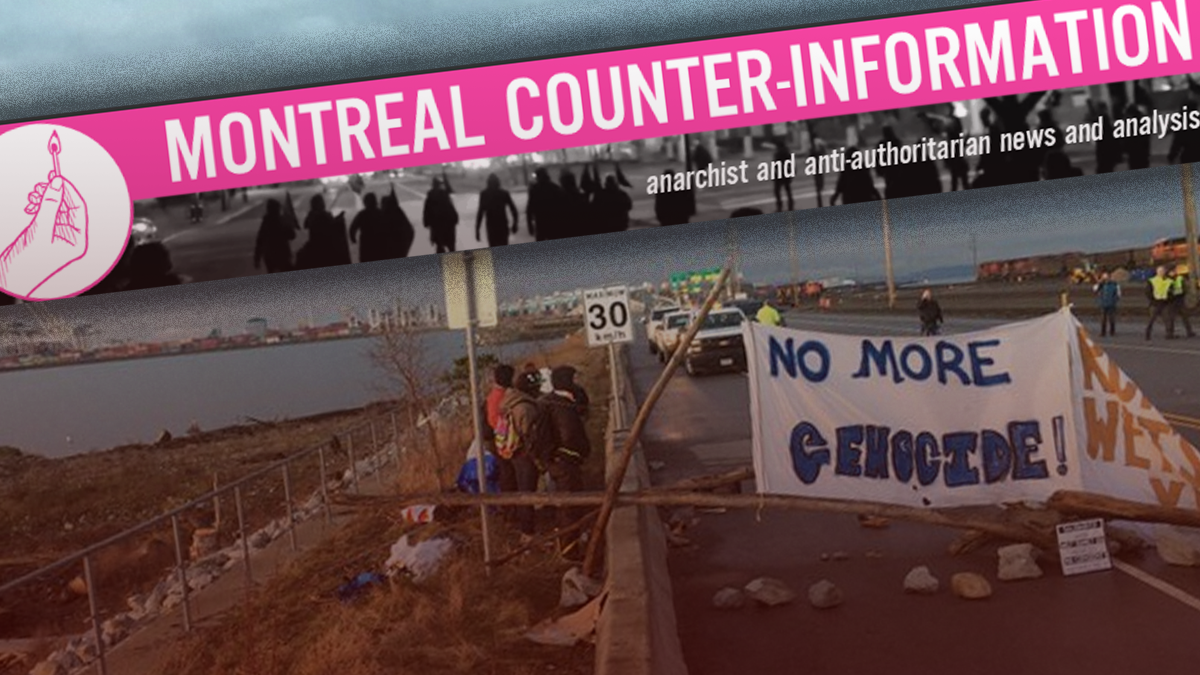 A left-wing website based in Montreal provides anti-pipeline activists with recipes for Molotov cocktails and encourages a number of crimes from vandalism to arson.

The website, called Montreal Counter-Information, published a “callout” on Jan. 14 for activists to disrupt Canada’s rail lines with the intention of sabotaging national infrastructure.

The callout is similar to the one published on North Shore, which, as exclusively reported by True North, instructs readers to use the highly flammable chemical thermite to destroy railroads.

In the how-to section of the website, several guides provide information on how to create Molotov cocktails, sabotage pipelines and commit other crimes.

“We think that it’s important for confrontational tactical knowledge to be widespread for the coming storms of revolt,” writes Montreal Counter-Information.

“Confrontational tactics can make us safer, because the police become afraid. We need to be careful when playing with fire, but with care, Molotovs can greatly increase our power in the streets.”

According to the Canadian Criminal Code, the maximum sentence for using an explosive substance like the Molotov cocktail is 14 years in prison.

Posts with titles like “Vulnerable Infrastructure Bottlenecks by Province” and “20 Worst Traffic Bottlenecks in Canada” make a regular appearance on the site and describe ways to destroy or sabotage vital infrastructure.

Among the methods advocated by the website include drilling holes into active pipelines, blocking access to roads using spike boards and lighting tire fires.

Like North Shore, Montreal Counter-Information has multiple posts advocating on behalf of Wet’suwet’en protests and train blockades that have popped up across Canada.

The website has detailed information on creating traffic and rail bottlenecks, including an interactive map on all of the ongoing rail blockades going on across Canada.

One post titled “Oil Pipelines are easy to shutdown” links to a video by the anarchist company Sub.Media which is curated by Montreal-based Puerto Rican editor and filmmaker Franklin López.

“The Canadian state isn’t invulnerable. As Canada sends an army into Wet’suwet’en territory to try to force through the Coastal GasLink pipeline, it’s time to find the weak points of this country’s economic and political power, and attack,” writes the anonymous author.

“Last night, in response to the start of the RCMP raid, we visited the riding office of David Lametti, federal minister of justice, in Montreal. We emptied a fire extinguisher filled with paint inside after breaking a window.”

APTN reported on the vandalism in relation to the Montreal Counter-Information website the same day.