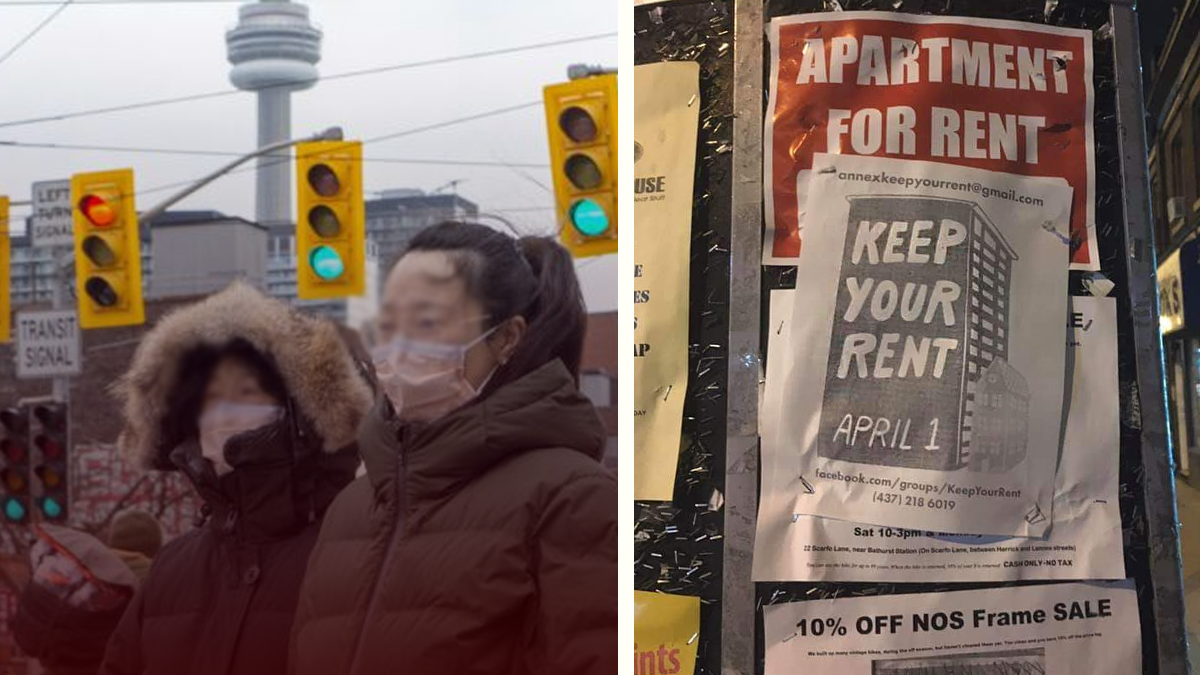 Groups seeking to take advantage of the coronavirus pandemic are organizing a “rent strike” for April 1.

Posters and other materials are being distributed on social media, advising tenants to not pay their landlords their dues.

Several groups including Parkdale Organize and Keep Your Rent Toronto are advocating for the strike after Ontario announced that they will be suspending eviction orders while the threat of the pandemic exists.

“We should keep our rent. Our landlords will be fine. We may not be. No tenant should feel forced to hand over so much money when faced with so much uncertainty. You should keep your rent. Whatever you have, hang on to it. Once you give it to your landlord, it’s gone,” wrote Parkdale Organize on their website.

‘Landlords’ resources will allow them to withstand the COVID-19 pandemic better than most, while tenants are more and more concerned with our daily survival.”

According to the Landlord and Tenant Board of Ontario, all new eviction applications and evictions orders that don’t deal with illegal acts or safety issues will be suspended.

True North spoke to the President of Ontario Landlords Watch about the strike and what it would mean for smaller landlords.

“We can definitely sympathize with the situation at hand and understand it was necessary, but the government has put landlords now in a very bad situation,” said Andrade.

One far-left website that advocated arson and provided detailed instructions on how to make Molotov cocktails during the national rail blockade crisis is calling for a similar rent strike in Montreal.

On March 20th, Montreal Counter-Information instructed its followers to refuse to pay their rent beginning April 1.

True North was able to access the private Keep Your Rent Facebook group and discovered some troubling posts, including a photograph of a guillotine.

One user posted a diagram with the caption “Who Would Win?” depicting “an abusive ruling class” on one side and a guillotine on the other. “Off topic…..i have a quick question…” wrote the user in his post.

“The government has given a social license to all tenants not to pay rent. Rent strikes have been the goal before of these groups,” said landlord Syl Carle.

“What the government did was not well thought out and it was really unnecessary.”

According to Andrade, some of the government’s messaging is to blame for the impending housing crisis.

Last week Premier Doug Ford told tenants not to worry about how they’re going to pay rent and on Monday the Ontario government promised incoming relief.

“The last thing that people need when being told to isolate at home, is to worry about not being able to afford their home or business’ rent. We are temporarily suspending eviction orders to ensure that tenants are protected,” said Ford.

Andrade says that the solution might be to help by having a direct payment sent directly to smaller landlords who might not be able to afford the losses that would result from a rent strike.

“This is all hands on deck every landlord association is trying to get this type of solution implemented of having the money sent directly to the landlord’s hands,” said Andrade.