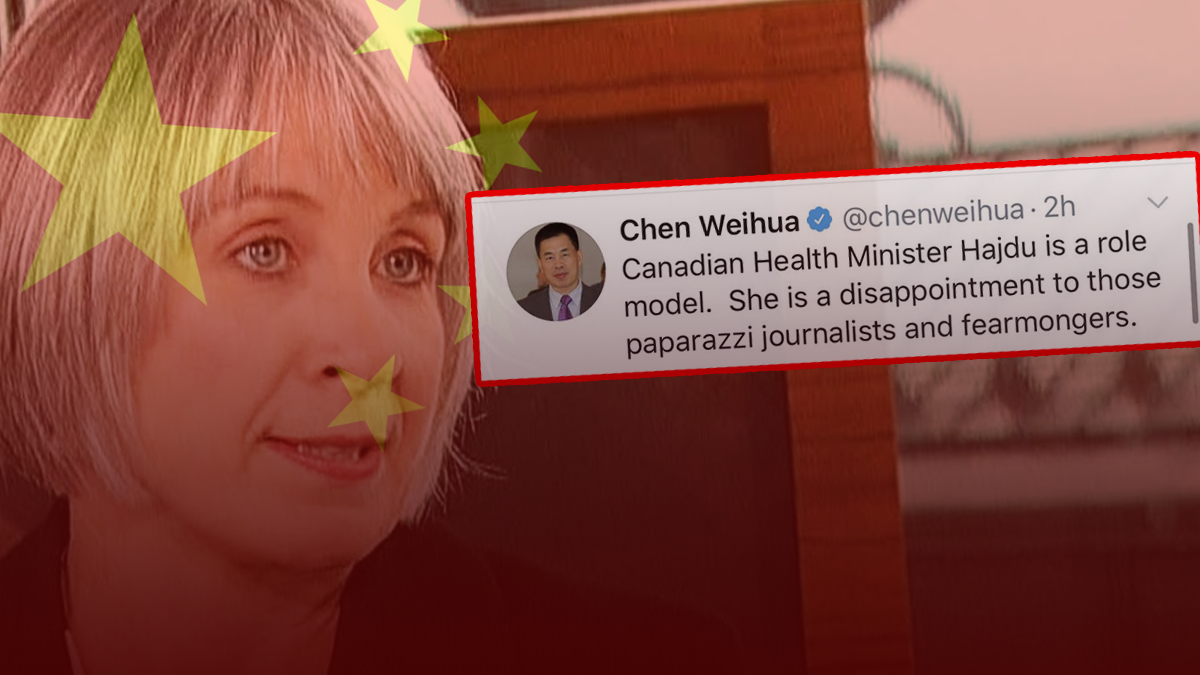 Chen’s support was in response to Hajdu’s claims that there was no reason to believe that China’s infection or death rate was falsified in any way.

“There’s no indication that the data that came out of China in terms of their infection rate and their death rate was falsified any way,” said Hajdu during the federal government’s coronavirus update on April 2.

When asked on Friday whether she had any intelligence briefings to confirm China’s data, Hajdu skirted the question saying she trusts the WHO’s evaluation.

“I am very confident in the WHO’s veracity of reporting of the science and evidence that they are gathering,” said Hajdu earlier today.

Despite Hajdu’s claims, Foreign Affairs Minister François-Philippe Champagne told reporters during Thursday’s COVID-19 briefing that he was “very concerned” about the accuracy of the data.

“We are very concerned about this information, I just had a call with NATO allies a few hours ago,” said Champagne.

According to a report by the U.S. intelligence community, there is reason to believe that China purposefully falsified their reporting on the coronavirus and misled the world.

Advisors to UK Prime Minister Boris Johnson have also said they believe that the real situation could be 15 to 40 times worse than China has led everyone to believe, according to the Daily Mail.