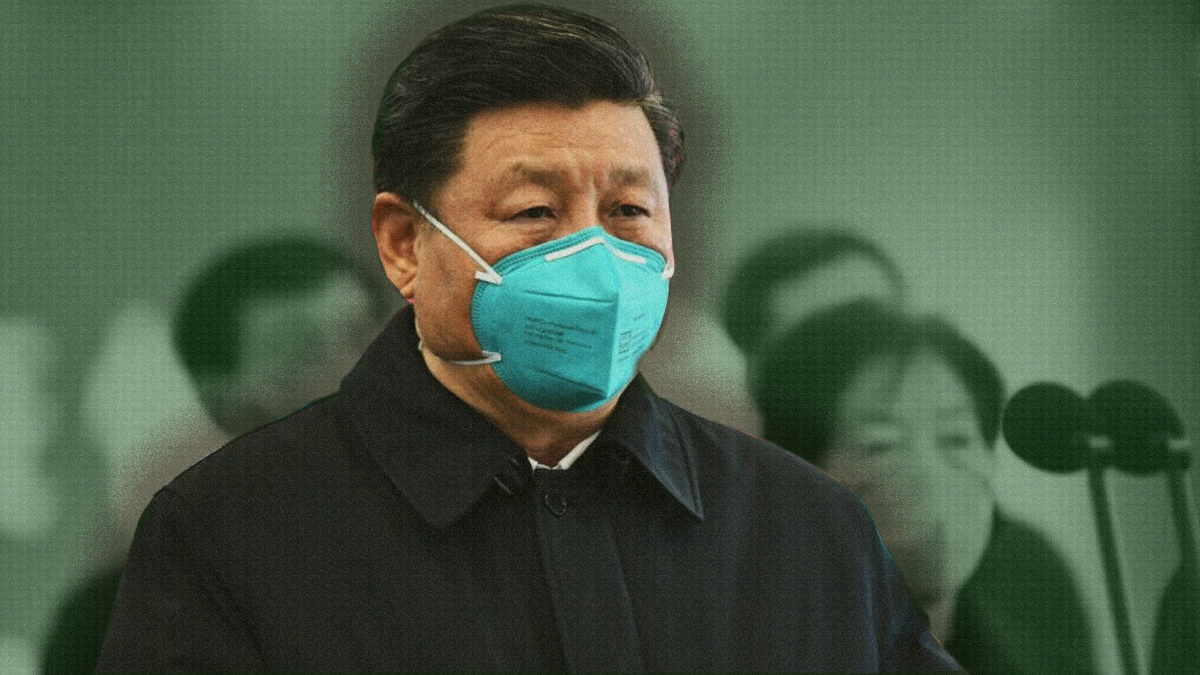 Canadian Health Minister Patty Hajdu actually said at a press conference after being pressed by CTV’s Ian Wood, there was “no indication” China’s stated numbers couldn’t be trusted.

As reported by True North, she actually accused Wood who asked the question, of “feeding conspiracy theories.” Really.

The U.S. intelligence community believes China is covering up the scale of the coronavirus outbreak. Senator Ben Sasse (R/Nebraska) is a member of the Senate Intelligence Committee. He wasn’t shy when he was asked the question by the media.

“The claim that the United States has more coronavirus deaths than China is false. Without commenting on any classified information, this much is painfully obvious: The Chinese Communist Party has lied, is lying and will continue to lie about coronavirus to protect the regime,” Sasse said.

”Beijing’s garbage propaganda shouldn’t be taken seriously by the World Health Organization, by independent journalists, or by the American epidemiologists who are going to beat this terrible virus.”

Well, that seems pretty clear. I wonder if the Minister thinks the Senator is also ‘feeding conspiracy theories?”

And then there are the comments of Secretary of State Mike Pompeo who said after the recent G-7 teleconference summit, “The Chinese Communist Party poses a substantial threat to our health and way of life, as the Wuhan virus outbreak clearly has demonstrated.”

The pandemic sweeping the planet has just topped one million reported cases of the viral infection. Whatever else may be clear, it is certain the virus originated in the city of Wuhan in China and likely did not come from someone eating bat soup.

The species of the horseshoe bat that carries the virus was being used at two biological labs in Wuhan. In the early days, China tried to contain the information. At least one doctor who tried to warn the outside world is now dead ostensibly from having caught the virus. Another healthcare professional said the numbers are much higher than what the Communist Party of China is admitting. Not surprisingly, she too, is now missing.

Part of the problem is that the World Health Organization (WHO) is helping China in perpetuating the myth that China is telling the world.

On March 16th, the United Nations put out a report headlined ‘China shows COVID-19 Coronavirus can be ‘stopped in its tracks.’

The story was based on an interview with Dr. Gauden Galea, a representative of the WHO in China.  “It is an epidemic that has been nipped as it was growing and stopped in its tracks. This is very clear from the data that we have, as well as the observations that we can see in society in general,” he said speaking from Beijing.

“So that’s a big lesson: that the natural course of the outbreak does not need to be a very high peak that overwhelms health services. This lesson in containment, therefore, is a lesson that other countries can learn from and adapt for their own circumstances.”

The WHO is also who Prime Minister Trudeau was relying on well into the pandemic to make decisions. This likely accounts for his delay in making the decisions the U.S. did some six weeks earlier. How many deaths might not have occurred had Trudeau consulted actual experts as opposed to the WHO, itself a creation of the UN?

The Director General of the WHO, Tedros Adhanom is not a medical doctor. He was born in Eritrea and became a politician in Ethiopia where he served as Foreign Affairs Minister and Minister of Health.

In 2017, with the support of the government of the People’s Republic of China, he assumed control of the WHO.

In January, amid all the denials by the PRC and their refusal to allow international experts into the country, including those from the CDC in Atlanta, it was the intervention of Tedros with President Xi directly that allowed WHO people into the country.

For the next 8 weeks China continued to lie to the world as the global pandemic spread like wildfire and they were ably and perhaps blindly, assisted by Tedros’ WHO.

When this is all over there will be much time for recriminations and after-action analysis. But, what is very clear is that President Trump acted promptly in reacting to the burgeoning crisis and Trudeau did not.

It is also clear that China lied out of the gate and the WHO failed utterly in their responsibility to the world.

And many people died as a result. That’s not “feeding conspiracy theories” as Minister Hajdu would have you believe, that is just reality.