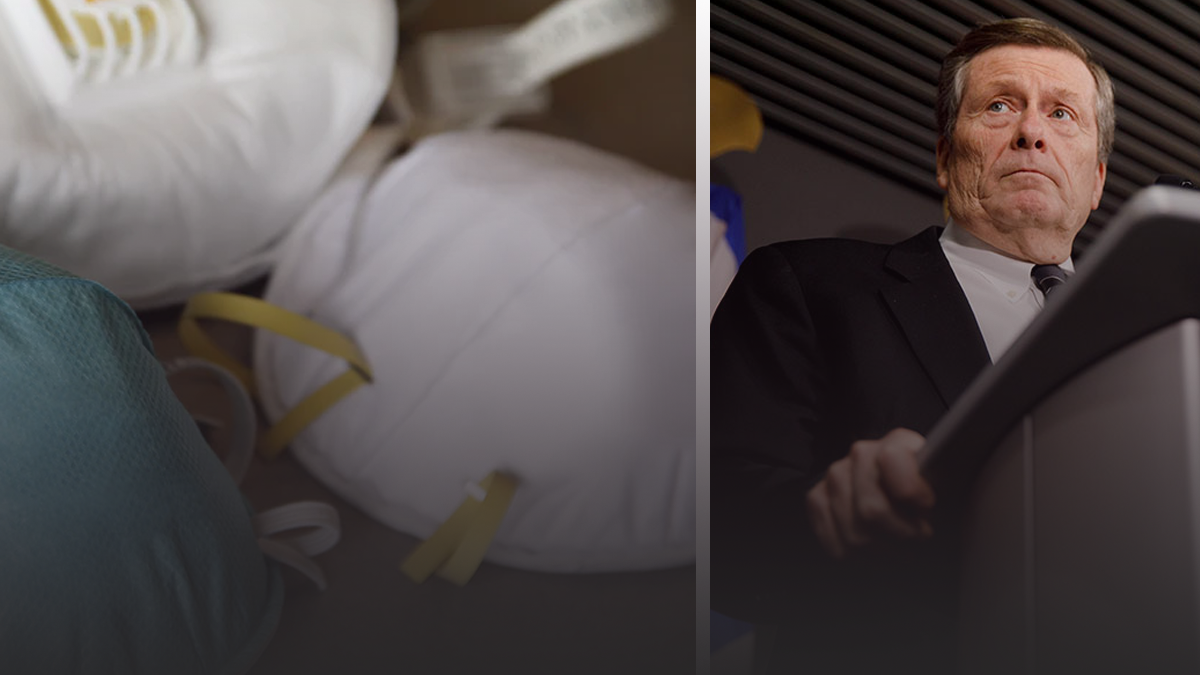 The team in charge of procuring 200,000 faulty masks manufactured in China only saw pictures of the product before shipping them off to be used by healthcare workers battling the coronavirus pandemic.

According to a City of Toronto spokesperson, the city “relied on information provided by a large well-known vendor who recommended the use of this supplier to provide masks.”

“Our procurement team had pictures of the masks that were ordered but didn’t receive specifications or samples of these specific masks,” a Toronto spokesperson told True North.

“Going forward, all PPE ordered will be held to a stricter quality assurance process to ensure top quality and protection for our frontline workers.”

Toronto has since recalled the large shipment after front-line healthcare workers reported that the protective gear was “ripping and tearing.”

While the city has received a refund for the costs, they were forced to dip into a backup stockpile while it waits for replacements.

According to Toronto Fire Chief Matthew Pegg, the masks were used by about 220 staff and at two long-term care homes. At one of the homes, 16 residents have succumbed to the coronavirus.

“We also initiated a full occupational health and safety investigation to insure [sic] any potential impacts to both our staff and residents are understood and mitigated effectively.”

When asked to identify the name of the vendor, Toronto refused to over fears of legal retaliation by the company involved but had confirmed earlier that the products were manufactured in China.

Toronto isn’t the only place that has had issues with products coming in from China. Spain, Turkey, the Netherlands and Australia have all reported issues with Chinese protective gear.

In the Netherlands, 600,000 face masks from China were recalled after failing to meet safety requirements.

According to Prime Minister Justin Trudeau, the “millions” of masks Canada has received from China will be evaluated using “strong procedures.”

“At the same time, I can assure people that Health Canada has very strong procedures for evaluating (and) ensuring what we get is up to the necessary standards and there will be no corners cut on this one. We need to make sure that the equipment that our health-care workers rely on to keep them safe as they keep us safe is of a quality that is going to actually do the job,” said Trudeau.