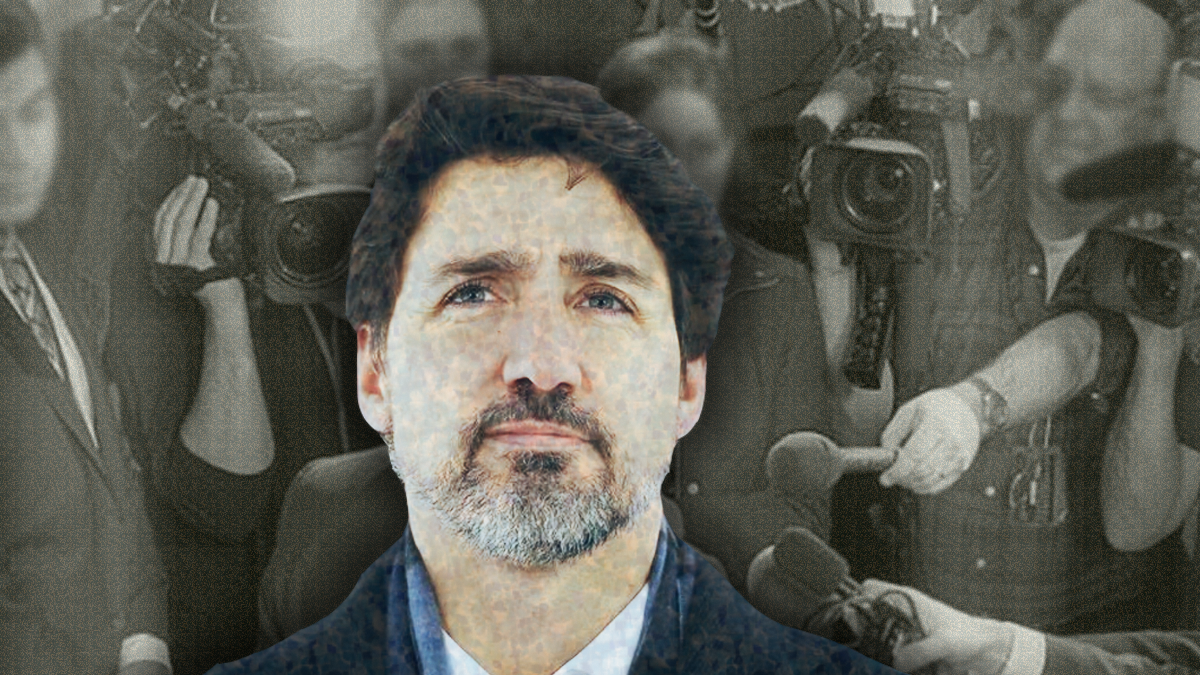 The media landscape in Canada is rapidly changing. Canadians are increasingly consuming the news online and through their smartphones. They’re watching more videos and finding news stories through social media apps like Facebook and YouTube.

Many traditional media outlets are struggling to adapt to the new landscape of digital news delivered through social media. The only saving grace is that the Trudeau government is tilting the playing field in their favour.

Trudeau has announced more funding to state broadcaster the CBC, a bailout to the establishment newspaper chains, and perhaps most disturbingly, a government-commissioned panel recommending jaw-dropping crackdowns on press freedom.

This includes the creation of a government registry for media outlets, heavy-handed new regulations governing content providers, codes of conduct, new taxes and fees, and a licensing requirement for media outlets.

Even while the world is preoccupied with the coronavirus pandemic and resulting lockdowns, the Trudeau government still manages to manipulate media coverage.

Take the PM’s daily news conferences as an example.

These press sessions give the aura of responsible, accountable government. Trudeau typically delivers a 15 minute speech with information for Canadians, followed by 15 to 20 minutes of questions from the press.

A closer look, however, shows that these news conferences are nothing but kabuki theatre.

True North, the think tank and online media organization I run, looked at the questions being asked of Trudeau and found that the CBC dominated these press conferences, being allowed to ask twice as many questions as any other outlet.

CBC journalists were granted 21% of the questions asked between March 13 and April 30. Meanwhile, independent online outlets like True North, Rebel News and Blacklock’s Reporter were blocked from asking a single question.

In a similar study, Blacklock’s found that of the 708 questions put to the Prime Minister, CBC asked 167 of them. CTV asked 90 questions, Global News asked 75, the Toronto Star asked 29, the National Post had 14 and the Sun papers only got 4 questions.

These press conferences are organized by the non-partisan Privy Council Office, so any news outlet can dial into the calls and attempt to ask a question. The individual questions, however, are controlled by partisan political aides.

Independent outlets are shut out.

That’s why Rebel News filed a federal lawsuit against the Prime Minister’s Office for not allowing its journalists to ask questions.

To add insult to injury, these daily press conferences are being billed as an alternative to Parliament and in lieu of Question Period.

When Conservative Leader Andrew Scheer proposed returning to Parliament last month to hold the Trudeau government to account during this pandemic, his proposal was rejected by Liberal, NDP and Bloc MPs, and many journalists condemned him for even suggesting that MPs get back to work.

“Questions are necessary. Question Period is not,” wrote Toronto Star columnist Susan Delacourt. Another Star columnist and CBC political commentator, Chantal Hébert, argued that a return to Parliament wasn’t necessary right now because “there is precious little appetite among the public for anything that smacks of partisan politics.”

In an open letter to Canadians published in the Sun papers, Scheer quoted former Prime Minister John Diefenbaker in saying, “Parliament is more than procedure — it is the custodian of the nation’s freedom.”

Trudeau gets away with these assaults on parliamentary tradition and press freedom because there is a long line-up of loyal journalists willing to defend his every action — no matter how regressive or thuggish. The fact that many of these journalists are on the government payroll is a serious threat to our nation’s freedom.