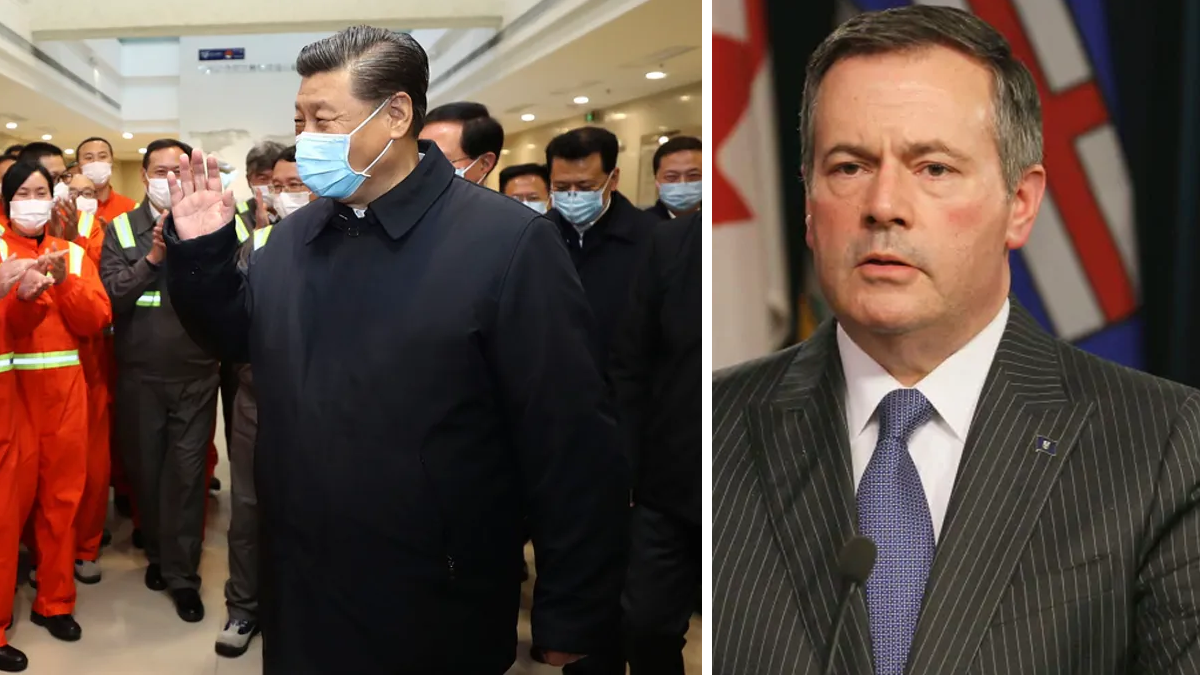 Alberta Premier Jason Kenney has called for a “great reckoning” on China for its role in spreading the global coronavirus pandemic.

On Wednesday, Kenney blamed the Chinese Communist Party (CCP) for unleashing “devastating public health and economic damage” on the entire world according to the Globe and Mail.

“I think the Chinese government played a significant role in the devastating public health and economic damage that is being experienced by the entire world. I do not think we should just forget this and walk past it. I think there is going to be, and there must be, a great reckoning for the role that China has played in this,” said Kenney during a virtual conference with the Canadian American Business Council.

“The fact that China allowed people to fly around the world from Wuhan even when they blocked Wuhanese travellers from the rest of China must never be forgotten. The role they played in suppressing whistle-blowing scientists who as early as December were reporting human to human transmission,” said Kenney.

Kenney’s remarks stray from the seemingly complacent and friendly tone the Liberal government has extended towards the Chinese regime.

In April, during a CTV Power Play segment, Health Minister Patty Hajdu stood by her praise of China’s handling of the coronavirus crediting China for its “historic containment efforts” which included confining millions of people in their homes.

“The praise I offered China during the early days was based on their historic containment efforts. Don’t forget that there were millions and millions of Chinese people under, essentially confinement, if you will, for a very long time and in fact in some of those cities people are just getting back to normal and that was a public health measure that was never seen before,” said Hajdu.

The CCP actively pursued a campaign to downplay the severity of the coronavirus during the initial outbreak.

At the same time as it was pushing false data to the World Health Organization, the CCP was buying up crucial personal protective equipment (PPE) at discount rates before the virus became a pandemic and prices exploded due to increased international demand.

A recent investigative report by Global News revealed that CCP-directed United Front organizations were involved in shipping back stockpiles of PPE to the mainland.

During his statements, Kenney also told the council that Canada and the US should resume manufacturing health care supplies in North America rather than relying on Chinese goods.

Critics of Prime Minister Justin Trudeau have accused him of taking a far too friendly approach to the Chinese government while it continues to meddle in Canada’s affairs.

Reports show that Chinese officials have been involved in harassing and intimidating Chinese diaspora and dissidents from religious and ethnic minorities within Canada’s borders.

When pressed on the issue earlier this week, Trudeau sidestepped a question on what Canada is doing to end Chinese interference.

“The Canadian government has always highlighted concerns about human rights and respect for basic human democracies and liberties with every country that we engage with around the world, including China,” said Trudeau.

“We are strong supporters and defenders of free speech and the right to protest.”