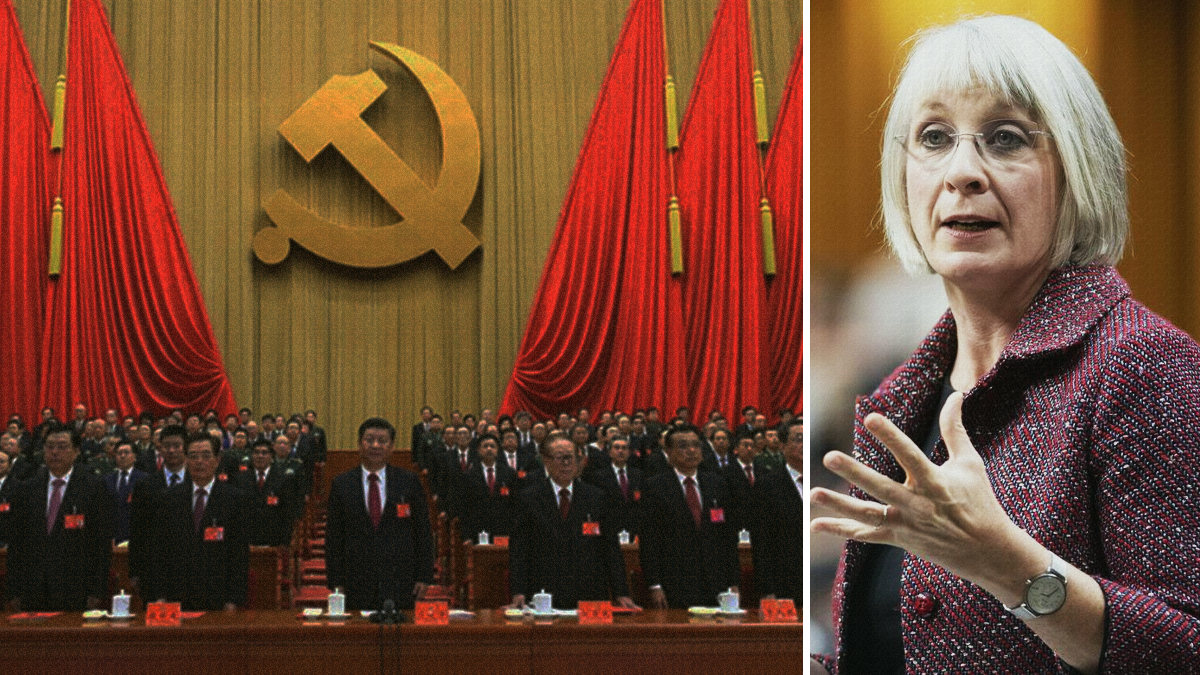 Liberal Minister of health Patty Hajdu has stood by her praise of the Chinese government and past comments arguing against border closures to contain the coronavirus.

During a CTV Power Play segment, Hajdu said that her praise was directed to the Chinese Communist Party’s “historic containment efforts” which included confining millions of people in their homes.

“The praise I offered China during the early days was based on their historic containment efforts. Don’t forget that there were millions and millions of Chinese people under, essentially confinement, if you will, for a very long time and in fact in some of those cities people are just getting back to normal and that was a public health measure that was never seen before,” said Hajdu.

“Those containment efforts ultimately failed and I will point to the fact that I stand by the remarks that I made around borders. We now have stronger measures on our borders, it became very clear that other countries did not have a good handle on what their outbreaks were looking like including countries like Iran and Italy who were struggling.”

Throughout the pandemic, Hajdu has downplayed the effectiveness of border control several times despite her government’s eventual decision to clamp down on travel in and out of Canada.

On March 4th, Hajdu suggested that borders were becoming less relevant as the virus was spreading.

Shortly after, Hajdu said that border measures were “highly ineffective” for curbing the spread of the virus.

“Canadians think we can stop this at the border. But what we see is a global pandemic, which means that border measures are highly ineffective and, in some cases, can create harm. We see that in countries that had the worst expressions, the tightest borders,” said Hajdu on March 13.

Several days later, the Liberal government announced that it was restricting international flights and on March 17 Canada and the US reached a mutual agreement to close their land borders to non-essential travel.

In another instance, Hajdu accused a reporter of “feeding conspiracy theories” after he asked her about the veracity of China’s coronavirus case data despite the fact that officials from Wuhan have openly revised and changed the figures on the number of reported cases and death.

“There’s no indication that the data that came out of China in terms of their infection rate and their death rate was falsified any way,” said Hajdu during a federal coronavirus update on April 2.

“Your question is feeding into conspiracy theories that many people have been perpetuating on the internet and it’s important to remember that there is no way to beat a global pandemic if we’re not willing to work together as a globe.

A Chinese state media chief later called Hajdu a “role model” for her defence of China’s data on Twitter.