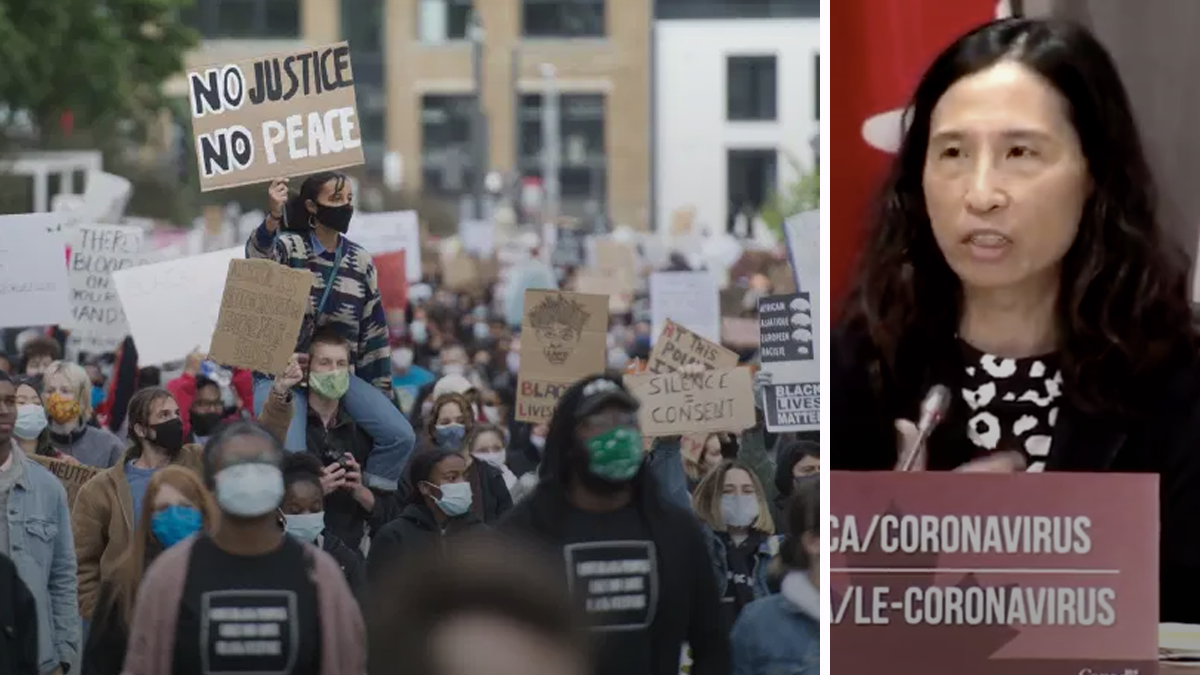 Canada’s chief public health officer has given the green light for Canadians to attend protests that have spilled into the country from the US.

Several Canadian cities have seen massive crowds of people gather to protest the death of George Floyd. To date, protests have emerged in Toronto, Vancouver and Montreal.

In Toronto, an estimated 3,500 people gathered in the city’s streets to protest police brutality.

In her comments, Dr. Theresa Tam advised protesters to wear masks and not shout if they wish to attend the events.

“Of course, wearing a mask is important, but shouting and making really loud projections can potentially increase the risk.”

“One might want to choose other means of showing or messaging, whether its to be signage or making noise using other instruments for example. Just to consider that shouting and that type of behaviour can potentially project more droplets,” said Tam.

George Floyd died on May 25 after videos emerged of a police officer pinning him to the ground and allegedly suffocating him.

Since his death, violent riots have ransacked several American cities including Washington, D.C.

Protests in Montreal took a violent turn over the weekend when rioters smashed and looted businesses in the city’s core.

Throughout the protest, gangs of masked looters set fire to Montreal’s streets and broke into businesses.

Police eventually arrived on the scene and confronted the rioters who threw rocks and projectiles at the men and women in uniform.

After the protest was over, 11 people were arrested due to the night’s events.