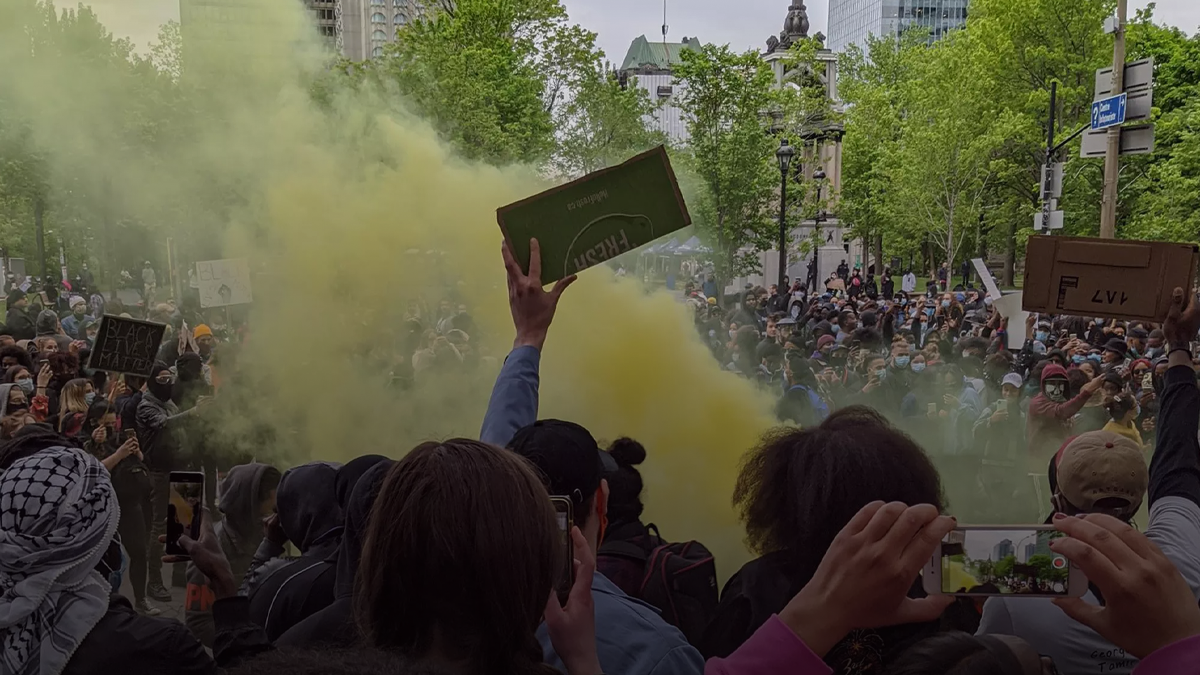 Around 5:00 PM a group of people gathered in front of the police headquarters on St. Urbain Street to protest the death of African-American man George Floyd at the hand of a Minnesota police officer.

Protests in response to Floyd’s death in the United States have spurred on intense looting, vandalism and violence.

About three hours into the protest in Montreal, police arrived and declared the gathering unlawful. Protesters threw rocks and projectiles at the police and officers responded with pepper spray.

The owner of the Koodo Mobile store Steve Haboucha told the Canadian Press that his security camera recorded looters smashing his window and ransacking his business for around 30 minutes.

In another instance, protesters were seen using street signs to smash the windows of a payday loan store and looting it.

On Monday, Montreal Mayor Valerie Plante took to Twitter to denounce the violence and looting that occurred in the city. Plante had previously tweeted her support for the protests on Sunday just hours before they turned violent.

Over the weekend protests also took place in Toronto, Vancouver and Halifax.

In Toronto, around 3,500 people peacefully protested police violence on Saturday. Protesters in were protesting on the recent death of black Torontonian Regis Korchinski-Paquet.

Korchinski-Paquet died after she fell off her 24th-story balcony while police were present in her apartment last week.

While Korchinski-Paquet’s family originally claimed she was pushed off by police, the family’s lawyer says they have retracted that claim and are now “waiting on evidence from the investigation before any further conclusions can be made.”

Protesters chanted the slogans “not another black life” and “abolish the police” as they marched.