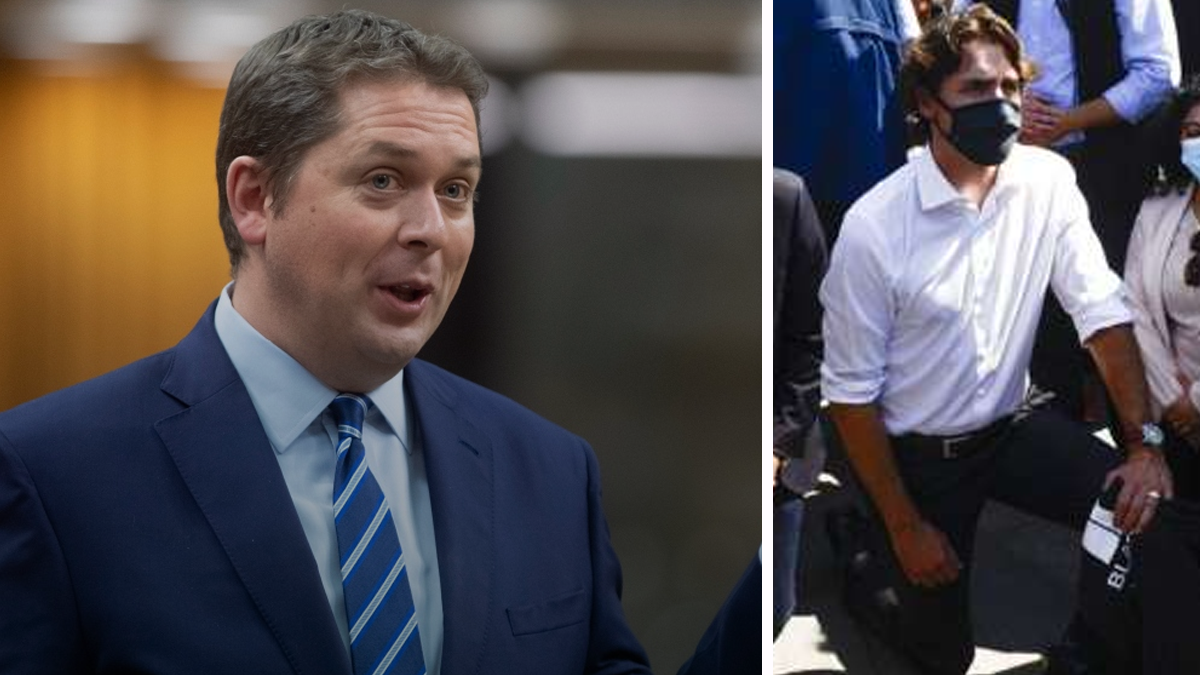 Trudeau was seen among a large crowd of protesters on parliament hill for an anti-racism demonstration inspired by the death of American George Floyd while in police custody.

While at the protest, Trudeau was spotted surrounded by security as nearby protesters heckled him.

Trudeau was also seen bending the knee to the crowd in a gesture of solidarity.

During a meeting of the Special Committee on the COVID-19 Pandemic on Monday, Scheer posed several questions to Deputy Prime Minister Chrystia Freeland on the prime minister’s attendance at the protest and its breakage of coronavirus rules.

“Canadians have been told that they cannot visit their loved ones, that they cannot attend funerals, tragically so many Canadians have had to say goodbye to relatives over Skype. Is the Deputy Prime Minister saying that all those precautions no longer need to be followed and people can visit relatives who are in care homes or are facing illness?” asked Scheer.

“I strongly support the action our prime minister took on Friday in joining the anti-black racism protest, the fact that our prime minister was there sent an essential message to Canadians and the world. He was also wearing a mask which is very important,”  replied Freeland.

During his daily coronavirus briefing on Monday, Trudeau addressed his attendance.

“Even as we protest and demonstrate in order to create a better world. We have to get that balance right, and I continue to exhort Canadians to do just that,” said Trudeau.

During the briefing, the prime minister also avoided answering a question on why a restaurant owner was ticketed only a few days after the mass protest engulfed the city.

“As we loosen some of the population control measures, as people are returning to work in some ways, seeing businesses reopen, we need to step up in other ways we need to continue socially distancing, we need to wear masks where appropriate but we also need to make sure that we are stepping up on things like contact tracing, exposure notification and massive testing,” said Trudeau on the matter.

This is not the first time the prime minister was accused of having a double standard regarding the coronavirus restrictions.

In April, while Trudeau was telling Canadians to stay at home, he crossed provincial borders and visited his family at Harrington Lake in violation of several pandemic rules.