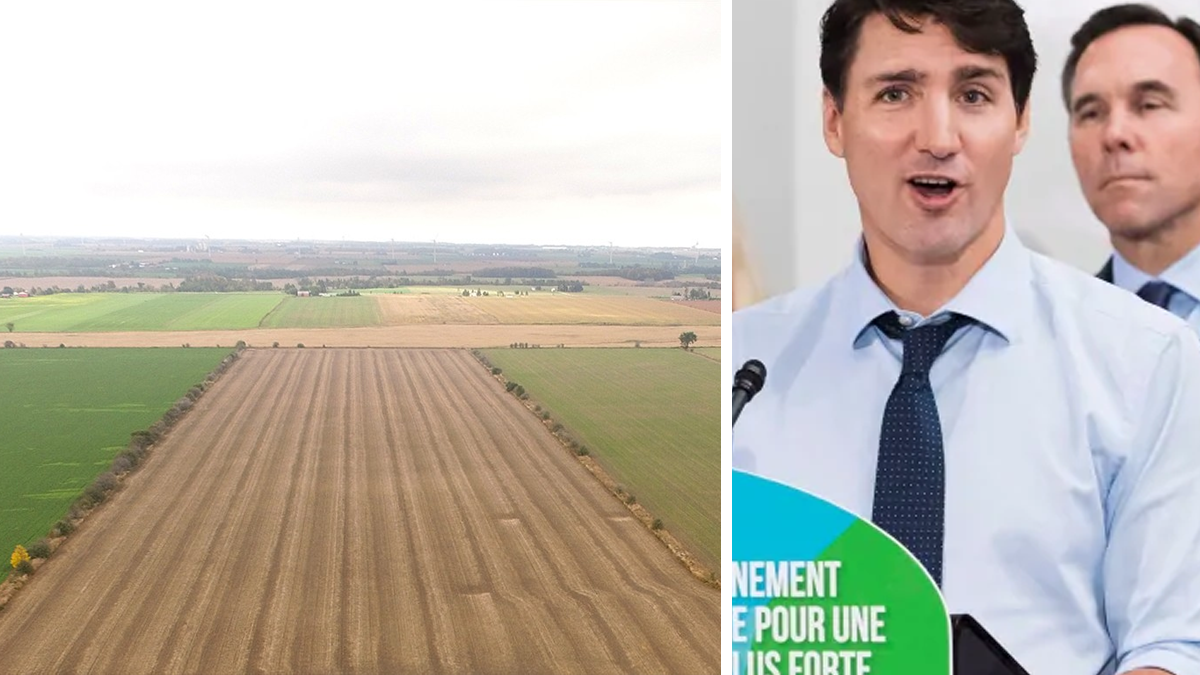 Canadians farmers are speaking up after the Trudeau government raised the carbon tax and claimed it is not a significant cost to the farming industry.

“That is really just the tip of the iceberg. We estimate that the cost of the carbon tax is $14 per acre if you take into account transportation, inputs, and more.”

Grain Farmers of Ontario recently started a campaign to raise awareness of the harm government policies, including the carbon tax, are causing the agriculture sector.

Agriculture Minister Marie-Claude Bibeau recently claimed that the carbon tax was not a significant cost to farmers, saying that the average carbon tax bill per farm was $210-819.

On April 1 the Trudeau government increased the carbon tax by 50%.

Farmers have disputed the government’s calculation, saying that many farmers have already paid much more since the tax was introduced.

Commercial grain farmers across Canada claim they have paid over $10,000 in taxes since the carbon tax was first introduced. Some farmers have reported that they have been receiving bills of over $2,000 every month.

One of the biggest expenses for grain farmers is the cost of drying their grain. This process is necessary in order to keep the grain from expiring.

Members of the Western Wheat Growers Association have reported that the carbon tax is often over 30% of their total drying costs, with carbon tax adding $2000-8000 to their drying bills.

Western Canadian Wheat Growers Association President Gunter Jochum is outraged that the government continues to ignore how much carbon tax farmers are forced to pay.

“It is shocking Minister Bibeau and her department have arrived at this decision. As the tax comes directly out of our bottom line, grain farmers cannot pass the carbon tax imposed on them on to the end user. The Minister doesn’t understand that we compete with farmers globally who don’t have a carbon tax, ” Jochum said.

Western Canadian Wheat Growers Association, Grain Farmers of Ontario and the Canadian Federation of Agriculture have all asked for a carbon tax exemption, but this has been denied by the government based on Bibeau’s cost estimate of $210-819.

“Canadian grain growers are net-zero carbon emitters. We shouldn’t be punished with a carbon tax but instead be acknowledged for our positive contributions towards climate change and the environment.”