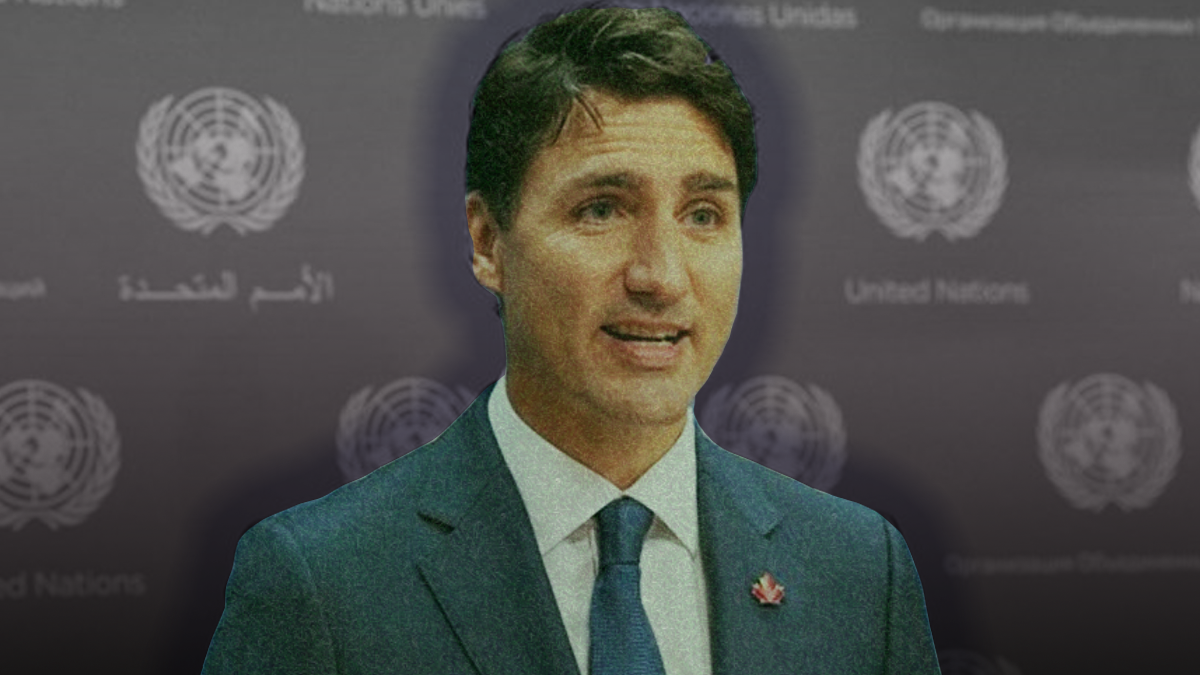 Justin Trudeau’s dream of being a relevant statesman came crashing down on Wednesday afternoon.

After years, literally years, of intense lobbying and sucking up to the UN community, including to despots, tyrants and countries with questionable human rights records, Trudeau lost Canada’s bid for a United Nations Security Council temporary seat.

It wasn’t even close.

Under Trudeau’s leadership, Canada only secured only 108 votes, compared to Ireland’s 128 votes and Norway’s 130 votes.

Don’t get me wrong. The UN is a deeply corrupt organization, and it’s security council is a farce. Remember, Russia and China have veto power over any and all decisions. On balance, it’s good news that Canada isn’t getting further entrenched in a global body that legitimizes terrorist states and treats democracies and dictatorships the same.

But for Trudeau, this is devastating.

After all, he made winning a security council seat a priority. He coveted the seat, he was obsessed with obtaining it and he bet his international reputation on winning this vote.

Since Trudeau was first elected prime minister in 2015, he identified winning the seat as a major priority for his government, while making a habit of routinely telling international observers that “Canada is back.”

Trudeau’s Liberal Party has long been obsessed with the UN and specifically with Canada having a seat on the security council. In 2010, when the former government led by Conservative Stephen Harper was up for a seat, Liberal leader and once-respected foreign policy scholar Michael Ignatieff stated publicly that “Canada did not deserve to win” because of its conservative government.

When the Harper government lost, the Liberals celebrated and their friends in the media painted it like a complete repudiation of Harper’s prime ministership.

This time around, however, things are different. The media (aside from Postmedia) is barely covering the issue. And Trudeau, believe it or not, is basically blaming Harper for his loss, by suggesting that Canada should have started campaign for the seat much sooner, which would mean under the previous government.

The truth is, Trudeau failed, and he failed far worse than Harper did in 2010.

According to federal documents released in 2011, Harper spent under $1 million on his bid.

Trudeau has spent significantly more. According to a CBC report from April 2019, Trudeau had already spent $1.5 million on his vanity bid. My guess is that number has doubled in the past 14 months.

Last time around, the media made a huge deal about Harper losing. The Globe and Mail called it “humiliating” and a “great embarrassment” for Harper.

Not surprisingly, in 2020, journalists are downplaying this complete failure of what was supposed to be one of Trudeau’s signature achievement. During Trudeau’s media scrum the day after the vote, he was not asked a single question by the English media losing the seat.

While the media are busy covering for him, fair-minded observers know why Canada lost: the countless examples of Trudeau’s juvenile, superficial stunts on the world stage.

He danced in ethnic costumes for photo-ops in India and was snubbed by the Indian government.

He invited a convicted terrorist to a state dinner.

He was directly involved in the SNC-Lavalin scandal.

He dressed in blackface, a despicable and racist trope, and he did it multiple times.

He missed important trade meetings, and according to Australia’s former Prime Minister, he was “flaky” and “humiliated” other world leaders.

He was caught on a hot mic bashing President Trump, acting like a mean girl not a leader.

He pandered to the murderous Iranian regime, insulting Canadians, Iranian dissidents and our closest allies.

And he shamelessly uses every opportunity to virtue-signal.

Canada’s isn’t back. Under Trudeau’s watch, Canada is irrelevant.

FUREY: A “COVID-Zero” approach is not sustainable