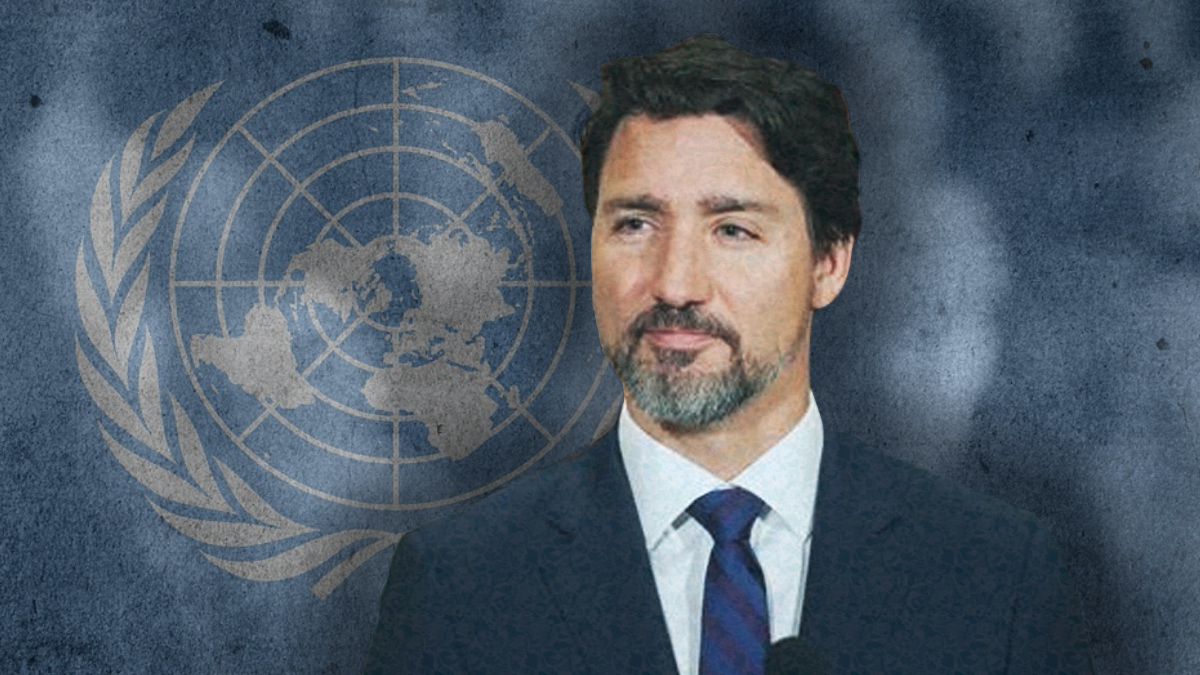 Only one question was asked in French by TVA’s Raymond Fillion regarding the failed race against Norway and Ireland.

“We would have hoped for a different result yesterday,” said Trudeau.

“But the reality was that coming in five years later than [Norway and Ireland] gave us a delay that we were unfortunately unable to overcome.”

During the vote, Trudeau performed worse than former prime minister Stephen Harper did when he ran for the spot in 2010.

Under Trudeau’s leadership, Canada was only able to secure 108 votes, which was considerably less than the 114 Canada secured under Harper.

At the time, outlets like the Globe and Mail hounded Harper and blamed him for Canada’s defeat. Meanwhile, only one day after the fact, reference to Trudeau’s defeat is curiously absent from the publication’s homepage.

In contrast, when Harper failed to achieve success in the 2010 UN election, the Globe and Mail printed a piece laying blame squarely on the then-prime minister.

One news article from 2010 in the Globe and Mail titled “Security Council rejection a deep embarrassment for Harper” referred to the loss as a “humiliating rejection.”

Several other outlets in 2010 also criticized Harper for his loss, while suspiciously omitting similar criticisms regarding Trudeau recently.