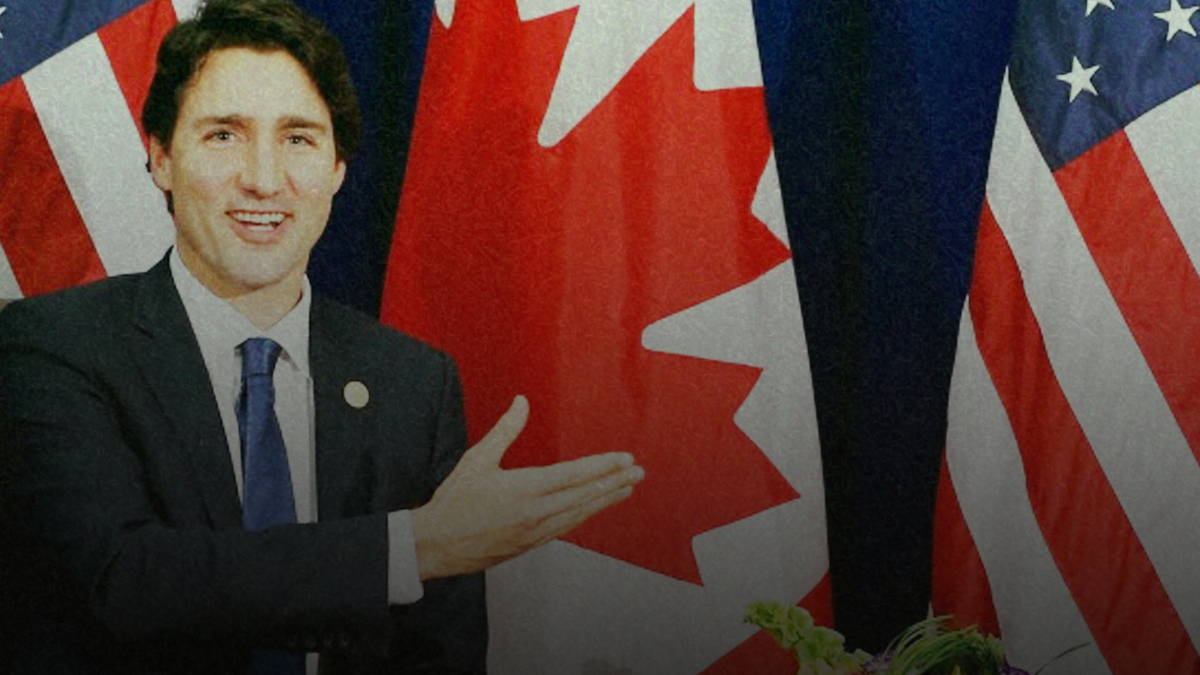 If you’ve ever wondered why so much Canadian news and opinion seem to be filled with what’s happening south of the border, you’re not alone.

What you may not have realized, however, is that for a certain segment of the political establishment pushing an Americanized narrative on Canadians is one of the keys to electoral success.

We saw it most recently when Prime Minister Trudeau banned 1,500 different guns (not to mention anti-tank rockets, surface to air missiles and towed AT guns) ostensibly in response to the Nova Scotia shooting. The Liberals had promised to ban what they call “assault-style weapons” for some time in response to the supposed gun problem. While true that cities like Toronto may be experiencing a surge in gun violence over the past few years, does that mean Canada as a whole has a gun problem?

Canada has approximately 0.47 deaths per 100,000 people whereas the U.S. has 4.43 — approximately nine times as high. It is far more difficult to even purchase a gun in Canada compared to the United States. Just try to go out and buy one, you’ll see what I mean.

So why are the Liberals and their NDP supporters in parliament pushing left-wing American rhetoric? There are seven reasons that they’re doing it:

1 –  We’re already steeped in American culture. From music to movies to daily news, most Canadians consume large amounts of American media and popular culture. So much so that they may not even realize that overarching narratives and norms actually stem from an American and not Canadian point of view. While it is true that our countries are close friends and allies, there is an important difference in our history, governance and societal outcomes which ultimately make for a different world view. Sometimes this is only apparent when travelling through the United States or talking to Americans.

2 – It allows them to focus public attention on American problems. By ensuring that the public conversation on certain topics is seen through an American lens, the Prime Minister has been able to distract Canadians from his many, many, many, scandals and failures. Apparently we can’t be mad at the Prime Minister for failing to address the plethora of First Nations issues — despite the fact that they were all part of his platform — if we’re busy applauding him for taking a knee at the anti-racism protest in Ottawa.

3 – They can virtue signal about problems which may have no real Canadian solution. Canada has a very different history when it comes to anti-black racism, and there is no real Canadian context for Trudeau taking a knee (not to mention while also ignoring social distancing rules.) To be clear, racism in Canada is an issue worthy of serious discussion, and we must ensure that the concerns of black Canadians and other minority groups are heard. However, this cannot be done if we are discussing the protests in the United States surrounding the death of George Floyd instead of what the instances of racism look like in Canada because they may not be the same.

4 – It helps push the narrative of a compassionate [woke] leader. If you listen to many mainstream media outlets you would get the impression that Prime Minister Trudeau is a staunch feminist, anti-racist and indigenous rights activist who is helping bring Canada back from the precipice of the Harper government. But any logical person who looks at his actions will come away with a very different opinion and many more questions. The Prime Minister attended a protest about anti-black racism and took a knee signalling his desire for change, yet he was the one caught wearing blackface multiple times. As the leader of the country, it is inappropriate for him to be pretending he’s just part of a crowd protesting in favor of change; if anyone in Canada can affect positive change it is him.

5 – It allows them to run against the Republican Party. Elections are a difficult thing to win, moreso when you’re trying to get away from a few of your own scandals. Wouldn’t it be easier, then, to simply pretend you’re running against someone else, someone that the public can dislike more than you? Ask Andrew Scheer or Doug Ford if this is the case and they’ll tell you that it’s true. While any right-wing politician will face classic anti-conservative smears, Scheer and Ford were saddled with the alleged sins of Donald Trump and the Republican Party, forcing them to either disavow the President, take his lumps or pretend that the entire thing wasn’t happening.

6 – It’s guaranteed to get a reaction. American politics seems larger than life, especially when compared to the rather tame goings-on in the House of Commons. While this current session is a bit more lively due to COVID and accusations of racism flying about, Canadians and our politics tend to be more polite and measured. As a result, it’s no surprise that when we are shown videos of horrific events like the death of George Floyd or even a political scandal, which can involve money, sex and violence, that we’re shocked and appalled. However it is in this state of shock that political spin doctors use the newly created opportunity to push their own political agenda. The gun ban, mentioned above, is one of the most striking examples. How many Canadians own an AR-15? How many times has an AR-15 been used in a mass shooting in Canada? The answers (very few, and zero) are almost irrelevant because of the public perception that this is a popular “assault style”— very scary looking — rifle owned by many Canadians.

7 – We keep letting them get away with it. We all look at American politics in much the same way we tend to turn their heads when driving past an accident — the disaster begs curiosity. While it’s fine to peek over the border to see Trump’s latest tweet or the Democrat’s newest scandal accusation, we have to remember that political theatre on Capitol Hill does not have the same effect on us as it does Americans. By allowing ourselves to be distracted with foreign issues, we are by definition taking time away from thinking, discussing and solving our own. Countless First Nations communities across the country still do not have access to clean drinking water. Recommendations from the numerous inquiries into the missing and murdered indigenous women still have yet to be implemented. Our oil and gas sector is suffering greatly putting our entire economy at risk. We are in what could be a worse financial position than during the great depression. These are all serious issues that require our immediate attention and we should demand that our politicians work towards addressing them instead of giving us talking points from the Democratic Party.