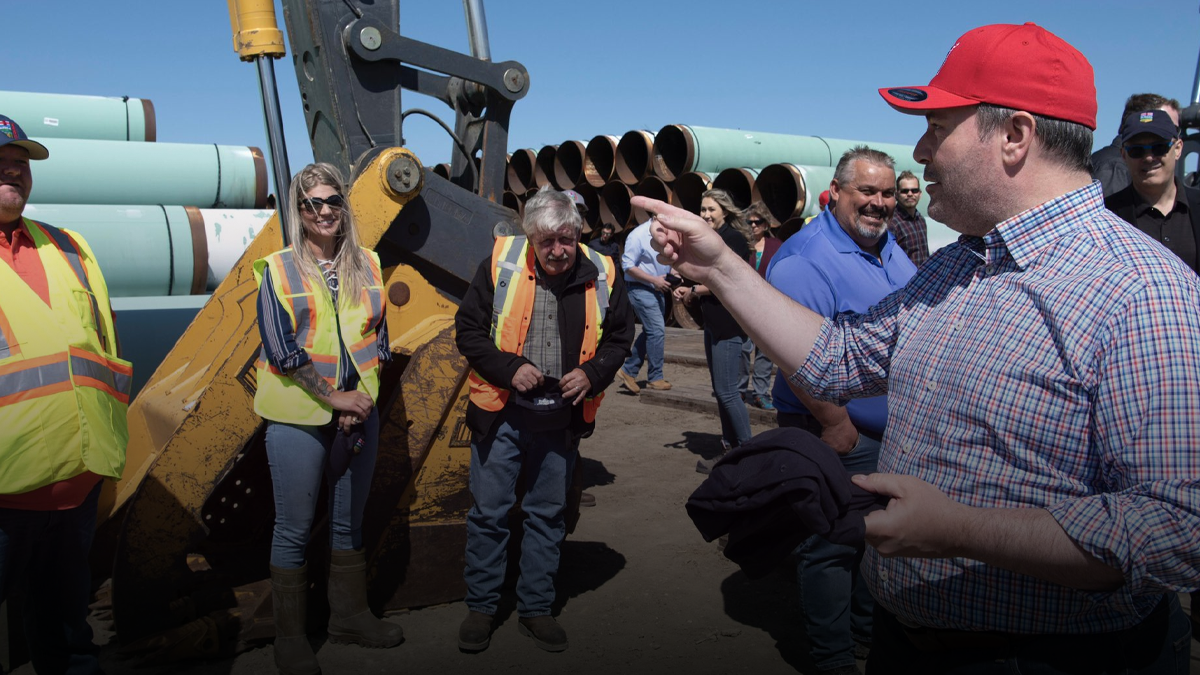 Construction on the Keystone XL pipeline began in Oyen, Alberta on Friday.

Premier Jason Kenney visited the site for its ceremonial opening, emphasizing the province’s reliance on the energy industry.

“When complete, this project will be a major part of our energy sector’s continuing success, and a pillar of Alberta and Canada’s economic recovery, post-COVID,” said Kenney.

“So make no mistake, the energy industry is the lifeblood of our provincial and our national economies.”

Upon completion, the pipeline will carry 830,000 barrels of oil per day 1,947 km away to Steele City, Nebraska.

According to Kenney, Albertans will benefit from about 2,000 construction jobs due to the project which is expected to be completed in the year 2023.

The Kenney government has promised a $1.5 billion investment into the project for this year, with the hopes that it will boost Alberta’s economy after it took a severe downturn during the coronavirus pandemic.

Permits for the project were approved by US President Donald Trump, however Democratic opponent and presidential candidate Joe Biden has promised to put a halt on the development if he is elected.

In response to Biden’s election promise, the chairman of the Business Council of Alberta Hal Kvisle announced in May that the US government could expect a multibillion-dollar lawsuit should the project be cancelled.