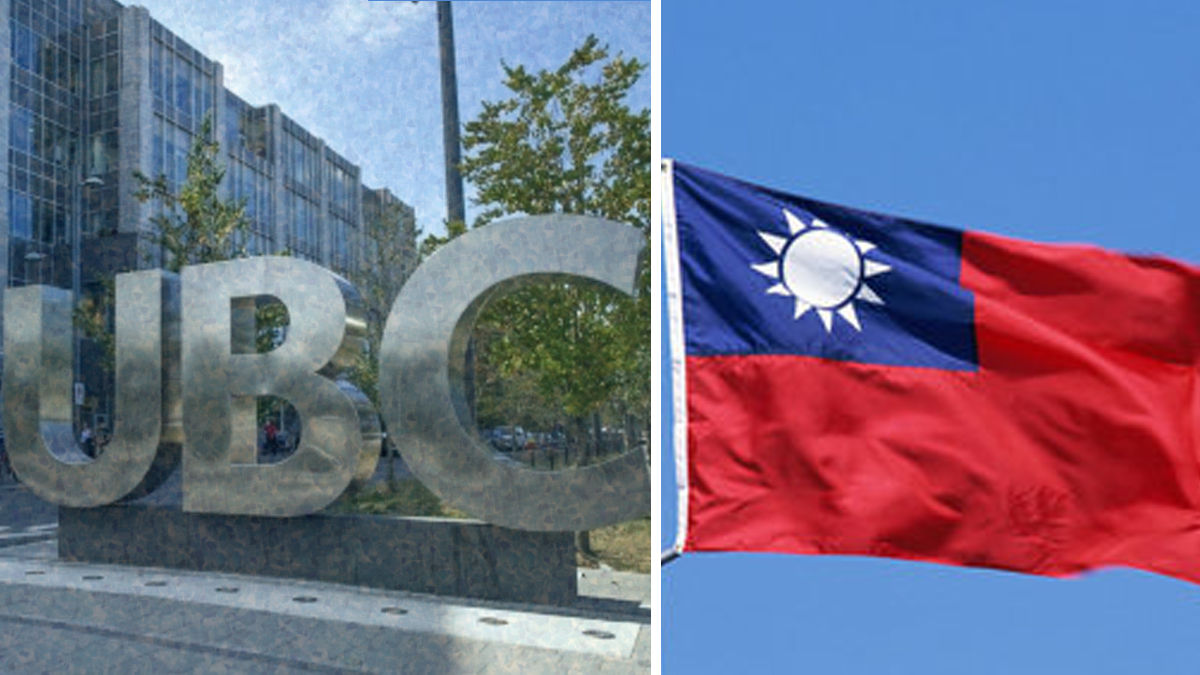 The University of British Columbia has adopted the Chinese regime’s preferred manner of referencing Taiwan in some official records.

According to the Ubyssey, UBC’s annual enrollment report this year identifies Taiwan as “Taiwan (Province of China),” effectively denying recognition of Taiwanese independence. In previous years, the nation has been listed as “Taiwan.”

UBC spokesperson Kurt Heinrich told the Ubyssey that the change was made as the university adopted a new data recording system which required adoption of International Organization for Standardization data standards. The UN-recognized ISO refers to Taiwan as “Province of China.”

UBC would later say that the changes were “necessary for the university’s successful transition to Workday.” Workday is a software system recently adopted by the university.

Canada officially does not recognize the independence of Taiwan, but does maintain diplomatic and economic ties.

The government of Taiwan has asked UBC to reverse its decision, calling the move an attack on the nation’s sovereignty.

“We urge the University of British Columbia not to bow to China and to correct how it addresses Taiwan,” a Taiwanese government spokeswoman said.

“Employing ‘Taiwan (Province of China)’ as a term to characterize UBC students from Taiwan is simply discriminatory.”

Students from the PRC makeup around a third of UBC’s international student population, with UBC officials last year being concerned about declining Canada-China relations “given our significant reliance on China for students/$.”

Relations between Canada and the PRC have declined significantly since Canada arrested Huawei CFO Meng Wanzhou in 2018 on an American warrant.