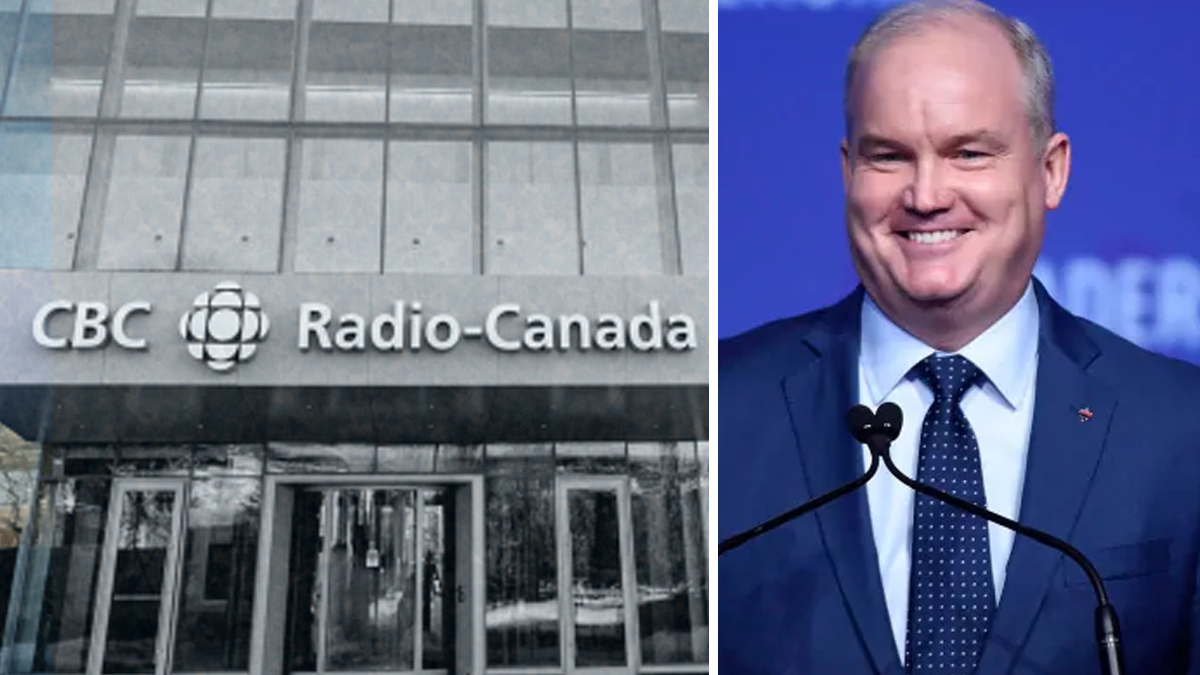 Canada’s state broadcaster is chalking up its decision to cut a section from an interview with Conservative leadership candidate Erin O’Toole to time constraints.

During an interview on CBC’s The House, guest host David Cochrane asked about O’Toole’s plan to defund and privatize aspects of CBC.

The question and O’Toole’s response were edited out of the version that CBC aired. No other question was removed.

“I did an interview with CBC Radio, but they edited out the question where they asked me about my plan to defund the CBC. Seems the CBC doesn’t want Canadians to hear my answer,” tweeted O’Toole on Sunday.

“As is the case with every interview on The House, this one was edited for time but given there have been questions raised regarding this specific exchange, we have since posted the full interview between David Cochrane and Erin O’Toole,” CBC spokesperson Chuck Thompson told True North.

In the unedited interview, O’Toole says taxpayers shouldn’t be on the hook for a service that is undercutting private media.

“Why would you seek to reduce the number of journalism outlets in the country when the industry is widely seen as being in a bit of a crisis?” Cochrane asked.

“I won’t get rid of, as you said, radio, and what we want to do with English television is privatize, David. So, I think, what we don’t need is Canadians spending millions of dollars to create The Family Feud Canada Edition. Is that where taxpayers’ money really should be going?” said O’Toole.

“The ratings show that very few Canadians watch the CBC. And so why should 100% of taxpayers subsidize it?”

Soon after O’Toole announced he would be stepping into the leadership race to replace Conservative Party leader Andrew Scheer, O’Toole unveiled a plan to significantly cut CBC’s budget.

According to O’Toole, if elected he would slash funds for CBC’s English-language television programming and other ventures with the eventual goal of privatizing those parts of the crown company.

“We will end funding for CBC digital and cut the CBC English TV budget by 50%. Our plan will phase out TV advertising with a goal to fully privatize CBC English TV by the end of our first mandate,” said O’Toole at the time.

“We will preserve CBC Radio – it is commercial-free and delivers public interest programming from coast to coast. We will also preserve Radio-Canada, which plays an important role connecting Quebecers and Francophones across Canada in their own language.”

The CBC receives approximately $1.2 billion in taxpayer funding annually. Critics of the national broadcaster have pointed to falling ratings and viewership as a reason to cut the amount of federal money it receives.