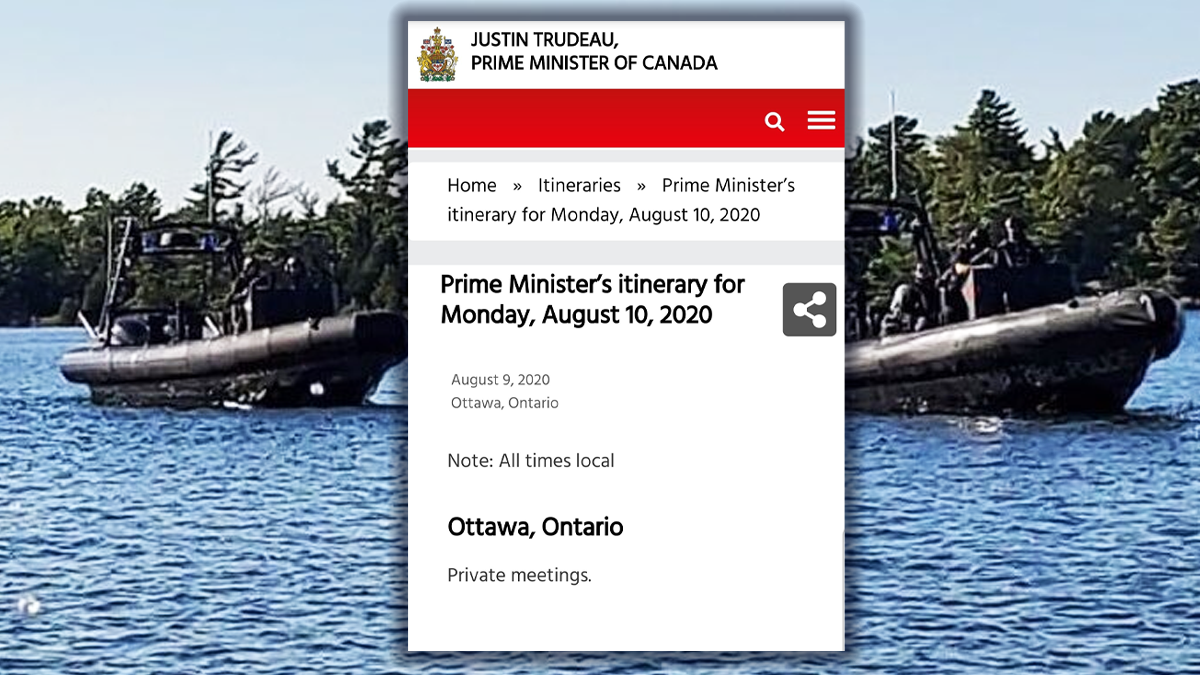 Prime Minister Justin Trudeau’s itinerary falsely claimed he was in Ottawa when he was, in fact, vacationing with his family at the popular cottage destination, Pointe au Baril.

The itinerary published by the Prime Minister’s office said Trudeau was taking personal time in Ottawa, but after photos emerged of RCMP security details in Pointe au Baril, on Georgian Bay in Ontario, a subsequent itinerary showed “Ontario” as his location.

The photographs circulating online show several non-descript RCMP vehicles parked outside a community centre in the area and tactical boats floating in the bay.

According to Toronto Sun columnist Brian Lilley, the Prime Minister’s Office confirmed Trudeau was vacationing with his family in the area and staying at a “kind of an Airbnb.”

“The prime minister is taking some time off with his family in Ontario and Quebec,” Trudeau’s press secretary, Alex Wellstead told Lilley.

While the prime minister spends time relaxing, his lavish vacation estate at Harrington Lake is undergoing a multi-million dollar renovation.

The upgrades are estimated to cost Canadian taxpayers $8.6 million. Furthermore, taxpayers were billed $2.5 million for a lakeside mansion on the property, while the main residence undergoes renovations.

According to the National Capital Commission (NCC) the original caretaker’s home was dismantled and moved to create the new “farmhouse” residence for the prime minister and his family.

“The NCC has asked the Prime Minister to use the Farmhouse temporarily, pending completion of renovations at the main cottage. Once these renovations are complete, the Farmhouse will serve as a guest house,” NCC spokesperson Jean Wolff told the Globe and Mail.