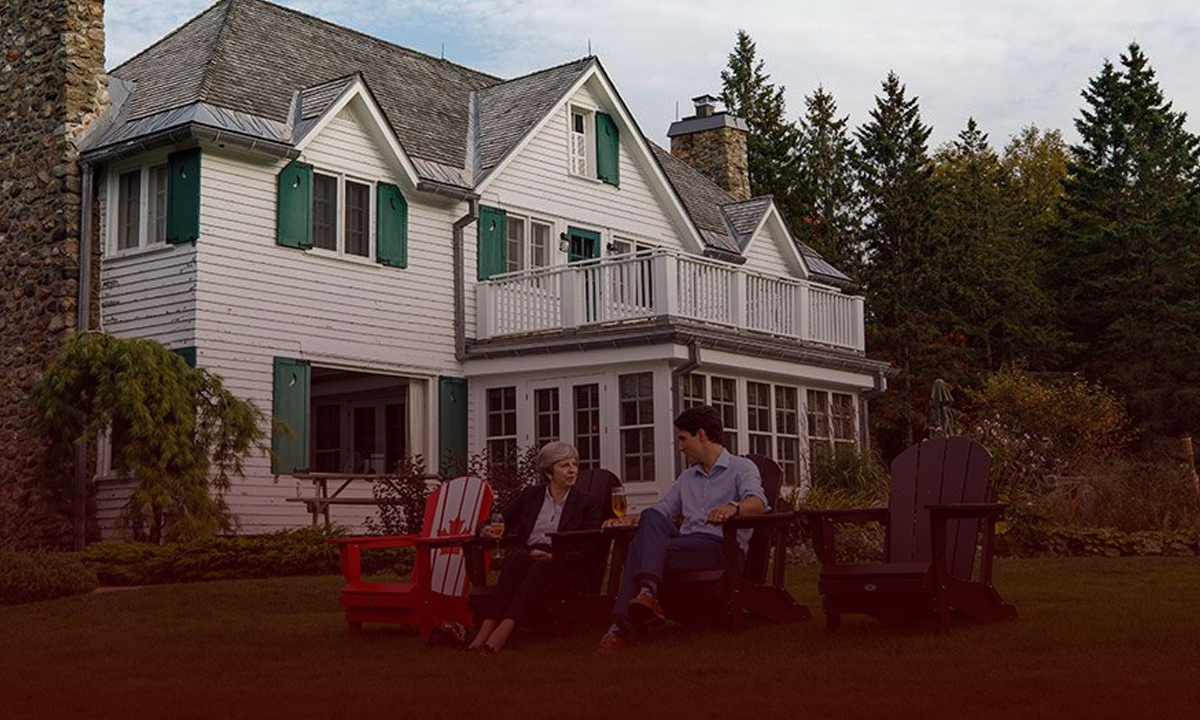 Harrington Lake is a 16-room mansion built in a Colonial Revival style. The property is owned and maintained by the National Capital Commission (NCC), a government agency which maintains historic buildings in the Ottawa area.

Since March 29, Sophie Grégoire Trudeau and their three children have been living at Harrington Lake while Justin Trudeau has remained in Ottawa.

NCC spokesperson Jean Wolff defended the investment, saying that Harrington Lake has not seen any renovations for the past 15 years.

“Harrington Lake has not seen any investment since 2005 when the NCC made critical repairs to the roofing, eavestroughs, piping, electrical, mechanical and structural systems of the property,” Wolff stated.

According to the NCC, Harrington Lake consists of the main home, two guest cottages and a staff cottage.

Although no major renovations have been done to the property recently, an Access to Information request revealed upgrades had been made under the Trudeau government, including a screened patio with umbrella costing $13,000 and a golf cart costing $5,000.

Prime Minister Justin Trudeau left his house in Ottawa to spend the Easter long weekend with his family at Harrington Lake, ignoring the advice of public health officials to not mix households.

Trudeau also surpassed the checkpoints set up by Quebec police to prevent people from entering the province for unnecessary travel, even as thousands of vehicles were turned away that week.