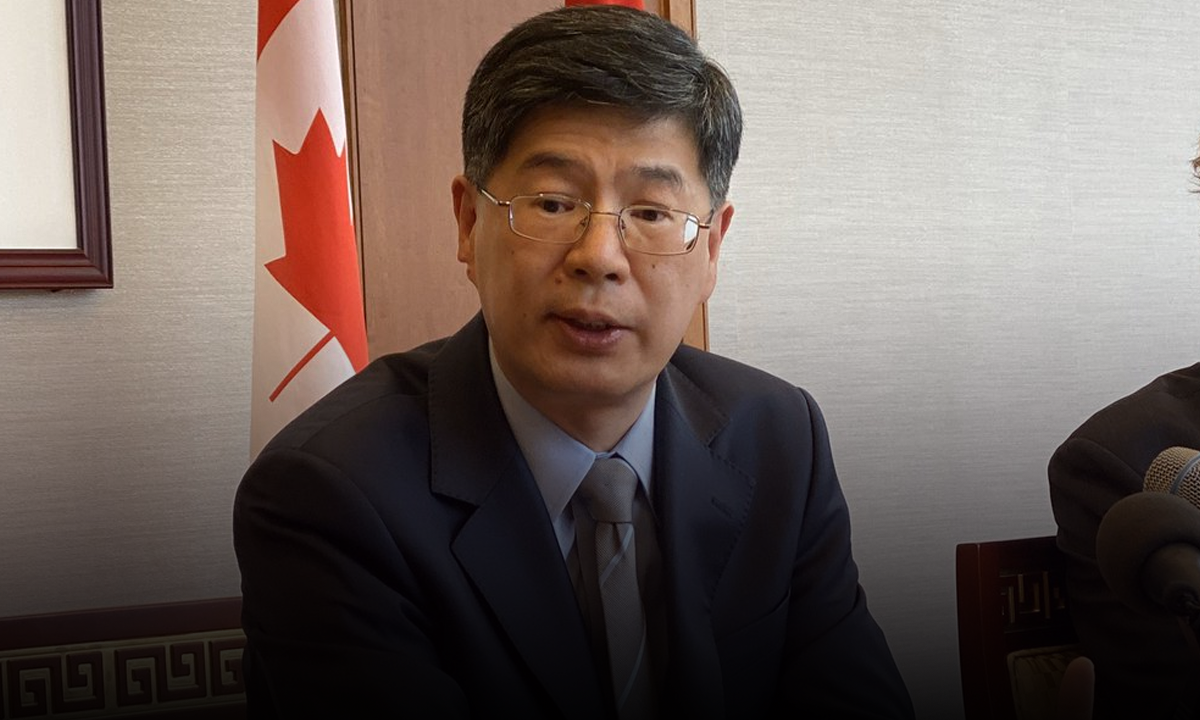 According to Blacklock’s Reporter, Ambassador Cong Peiwu recently told viewers on a webinar that attempts to bring manufacturing jobs back to Canada from China would be futile.

Cong inferred that countries should accept the Chinese version of globalization.

“Some forces and even some countries, some governments, are taking advantage of the outbreak to try to stop the globalization,” he said.

“I don’t think it is the right choice, because globalization is in keeping with the trend of the times, you know.”

“It’s moving forward. It’s like the ocean, for the economy of all the countries.”

Cong’s remarks appeared to be targeting those who have argued that Canada needs to be less dependent on Chinese products, particularly personal protective equipment.

In August, the Ontario government worked with 3M to start producing N95 masks in Brockville,  reducing Canada’s dependence on China and the United States for the vital product.

Over the weekend, Conservative leader Erin O’Toole announced his “Canada First” economic plan. O’Toole’s plan would ensure key pandemic supplies are produced in Canada. O’Toole has also promised to take a harder line on China on the world stage.

“I’m going to do that, from trade to our own domestic economic response post-COVID.”

Ambassador Peiwu has enthusiastically supported China’s communist regime at public events since his appointment in 2019.

In March, Peiwu stated that any Canadian support for China during the coronavirus pandemic would not help repair relations between the two countries.