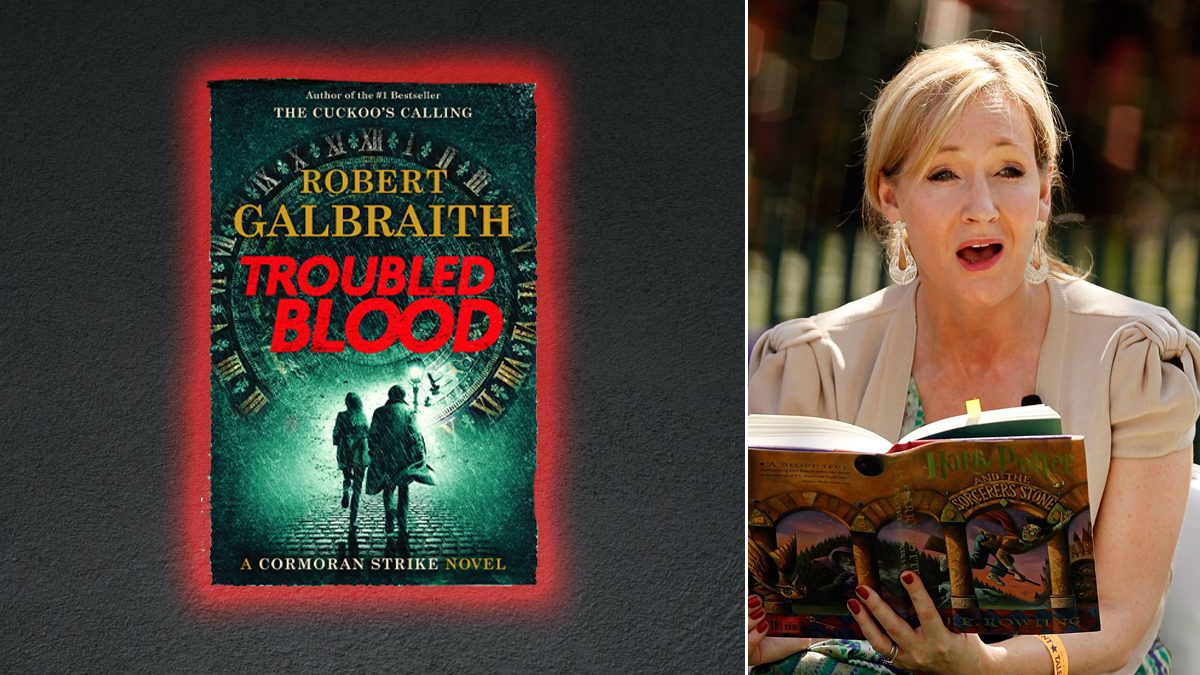 J.K. Rowling, author of the legendary Harry Potter series, released a new book on September 15, 2020: “Troubled Blood,” the fifth installment of the crime fiction series that she pens under the name Robert Galbraith.

Because J.K. Rowling expressed her support of gender-critical feminism earlier this year, detractors were all too happy to re-launch their smear campaign against her once they caught wind that one of the characters in Troubled Blood was allegedly a cross-dresser or a “man in a dress.”

“J.K. Rowling Proves Her Commitment to Transphobia in Her New Novel,” a Vanity Fair headline claimed.

A bookstore in Perth, Australia announced they will no longer stock any of the Robert Galbraith novels, to make the store “a safer space.” The shop owners said “There are more worthy books to put on the shelf, books that don’t harm communities and won’t make us sad to unpack them.”

The hashtag “RIPJKRowling” started trending on Twitter, as her former fans declared she was dead to them.

All this fuss can be traced back to a review in The Telegraph that claimed the book featured a “transvestite serial killer,” and the book’s moral seemed to be “never trust a man in a dress.”

But defenders of J.K. Rowling pointed to a review of Troubled Blood that contradicted The Telegraph, and stated that the cross-dressing detail amounted to a few lines in the entire book.

I didn’t know what to believe. So naturally, I had to read the 900-page book myself.

The storyline boils down to this: detectives Cormoran Strike and Robin Ellacott are investigating the 1974 murder of Dr. Margot Bamborough, and one of the suspects is a serial killer named Dennis Creed.

Readers learn that Dennis Creed had sexual proclivities with women’s undergarments, and that he lured female victims into his white van by tricking them into thinking that he was a woman, or at least “queer,” with a wig and pink coat.

It is hinted that Creed may have derived enjoyment from dressing as a woman, because one night he put on his female co-worker’s coat and sang a song, but it is simultaneously implied that he mostly put on this demasculinized front to throw off any suspicions of his predatory ways.

So, what’s the verdict? Is this a wholly transphobic novel about a man in a dress, or is the “cross-dressing” element a tangential one?

The true themes of this book are relationships, infidelity, parental issues, dysfunctional families and illness. Issues related to women’s rights – abortion, domestic abuse, childbearing – are the undercurrent of the novel. There is also a notable focus on male-female dynamics – the female detective, Robin Ellacott, will comment on the ways her male coworkers act around her versus when they are amongst themselves.

The “cross-dressing” detail is significant insofar as it is how murderer Dennis Creed abducts his female victims. Though it is hinted that Creed enjoys women’s garments on a sexual level, he mainly uses the wig and pink coat as a matter of disguise, to pass himself off as trustworthy (at first glance) to other women.

Ultimately, the feminist themes of the book shine through much more than any discussion of cross-dressing, and those feminist themes rely on the different characteristics and life experiences of men and women. So if one is offended by discussions of sex differences, I suppose they’d be offended by some of the contents of this book.

But (spoiler alert) in the end, the killer of Dr. Margot Bamborough is not Dennis Creed, but a female nurse who enjoys poisoning people. In true feminist fashion, J.K. Rowling portrays women not only as victims, but perpetrators as well.

There is only one thing left to address, then: in the second novel of this crime fiction series, The Silkworm, detective Cormoran Strike makes a comment about how prison won’t be “fun” for a “pre-op” trans person.

But maybe you can read that one for yourself, and decide for yourself if it is “transphobic”: though J.K. Rowling is undoubtedly a masterful writer, murder mysteries aren’t my cup of tea.