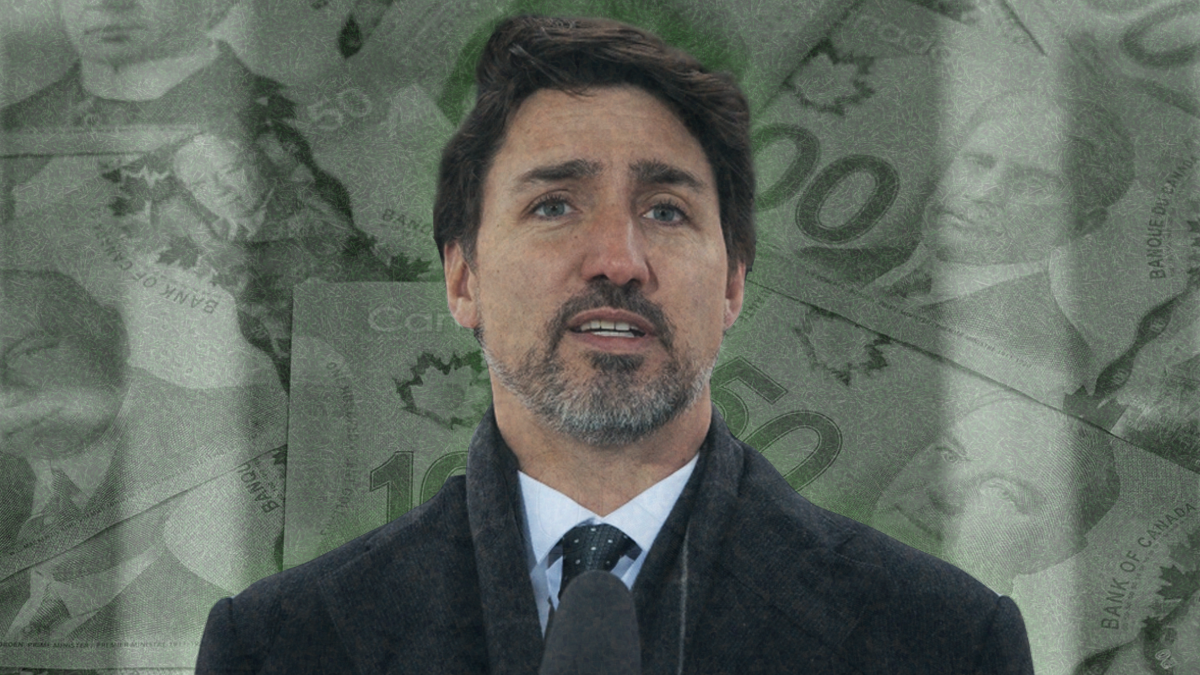 Universal Basic Income (UBI) is all the rage in the mainstream media and liberal circles these days. Many are gleefully speculating that Trudeau will announce some form of basic income in his Throne Speech next Wednesday.

The concept of UBI is that the government pays unemployed and underemployed citizens a basic salary so they can enjoy a better standard of living. Believe it or not, this used to be a popular conservative idea.

In the 1960s, free market economist Milton Friedman led the charge in advocating for UBI — but nothing like the programs being floated out today.

Friedman said it would be more efficient and less paternalistic for the government to simply write cheques to citizens as opposed to administering expensive government programs run by bloated bureaucracies.

In other words, he proposed eliminating government bureaucracies that deliver social services, healthcare and even education — leaving all of these programs to be administered by charities, nonprofits and businesses. Instead, citizens would be given cash and left responsible for making their own choices and paying their own bills.

Today’s conversations around UBI are very different, and no liberal is proposing corresponding cuts to welfare programs. Today’s UBI payments are being proposed in addition to our vast and generous government welfare programs. Hence why most conservatives now oppose the idea.

Canada just had its own experiment with UBI — the Canadian Emergency Relief Benefit (CERB) which provided $2,000 per month to Canadians who claimed to be out of work as a result of Trudeau’s COVID-19 lockdown.

In the 28 weeks the program existed, it cost taxpayers upwards of $76 billion — prompting the non-partisan Parliamentary Budget Officer to ring the alarm bell and call Trudeau’s spending spree “unsustainable.”

In a recent study, the Fraser Institute calculated that a permanent CERB would cost $465 billion annually, while even a humbler version of UBI — something more like Old Age Security that provided $600 per month to low-income Canadians — would cost $132 billion per year.

I recently sat down with Conservative Finance critic Pierre Poilievre for my YouTube show the True North Speaker Series, and he explained in no uncertain terms why he opposes basic income schemes.

“Most Liberal spending schemes are undesirable…. This one is also mathematically impossible.”

Poilievre told me that even at the low end, this program “would be five times what the federal government spends on health care transfers, 10 times what we spend on the armed forces [and] six times what we collect in GST revenues.”

Despite left-wing voices claiming UBI will help the poor, the reality is that giving people money to do nothing creates its own set of problems.

As American conservative journalist Ben Shapiro points out, the real problem with unemployment is that it creates a crisis of purpose. Working hard and providing for your family gives you pride, satisfaction and purpose that welfare cheques simply do not.

What happens to people who are paid not to work? They often struggle to find meaning and purpose in their lives. Some turn to drugs, others begin looting and rioting for no reason other than that they can. Sadly, others feel so much misery and despair that they resort to suicide — which we’ve seen a signifiant uptick of since the coronavirus pandemic began.

Dr. Jordan Peterson has made a similar point about those who suffer from addiction. The worst thing you do, he says, is give an addict money to fuel their addiction. They cannot help but indulge in their worst vices, which is perhaps why opioid deaths have spiked since Trudeau rolled out CERB payments.

UBI may be a trendy idea in liberal circles, but in reality, these programs fail on social, economic and moral grounds. Trudeau would be wise to scrap any notion of a basic government income and instead focus on getting his government’s fiscal house in order.