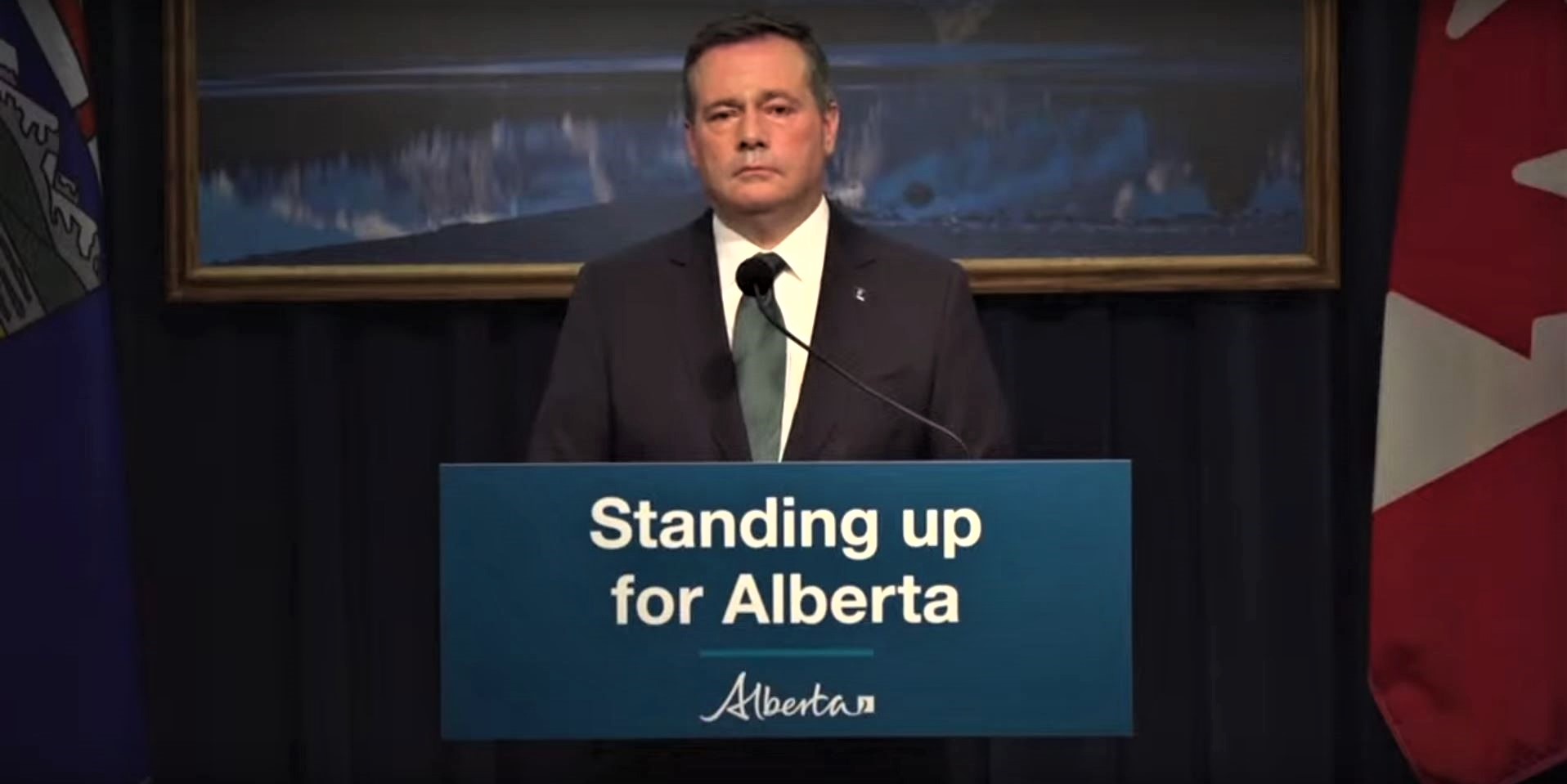 Alberta Premier Jason Kenney says the federal government’s latest throne speech lays out an unconstitutional agenda and he’s prepared to take the feds back to court over it.

Kenney committed to “go to the wall” for the Canadian constitution Thursday morning in response to a question from True North’s Andrew Lawton.

“If the prime minister and the government proceed as announced in the throne speech yesterday, are there future lawsuits against them that you can anticipate based on the policies they’ve proposed that you think are not constitutional,” asked Lawton.

“Absolutely, undoubtedly,” said Kenney. “If they go in the direction they articulated in the throne speech yesterday, we will go to the wall to defend the Canadian constitution.”

Kenney acknowledged that his government appeared before the Supreme Court of Canada this week for its constitutional challenge of the federal carbon tax alongside Saskatchewan and Ontario.

Kenney also pointed to the Alberta government’s challenge of the anti-pipeline Bill C-69.

“We will be at the Alberta Appeal Court next month for oral arguments on our constitutional challenge of the federal ‘no more pipelines’ law Bill C-69,” he said. “We are being supported in that by a number of other provinces including Quebec.”

Kenney didn’t mention which of the throne speech policies in particular he found unconstitutional, but accused Trudeau of an assault on Canadian federalism.

“We are big Canadians, but that means a federation where the federal government respects how the constitution was originally designed,” Kenney said. “Yesterday was a complete inversion of the original vision of the federation.”

Kenney added that Pierre Trudeau’s government in the 1970s was “like a walk in the park compared to the gross interference in the exclusive jurisdiction of provinces” in this Trudeau government.

Kenney made these comments only one day after the House of Commons returned following Trudeau’s August prorogation. The throne speech kicking off the parliamentary session laid out an aggressive array of federal programs, including national pharmacare and daycare plans.

“There’s a whole lot wrong,” Kenney tweeted. “Regarding our economy, nothing was said. The word ‘energy’ appears 7 times, 5 of them relating to renewable, clean, efficient, etc. The words ‘oil’, ‘gas’ and ‘oilsands’ do not pass their lips.”