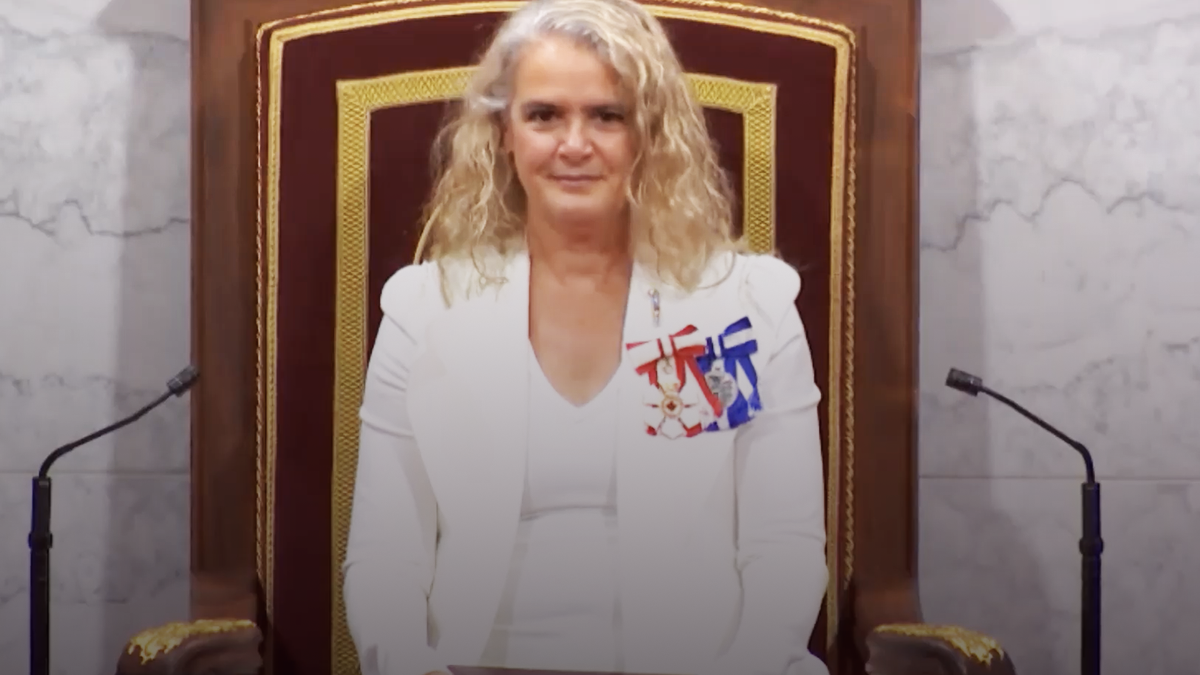 The throne speech which was delivered by Governor General Julie Payette on the Senate floor on Wednesday afternoon, marked the return of parliament this fall.

Included in a section on addressing systemic racism, the Liberal plan made reference to “taking action on online hate.”

While no specifics were provided on the government’s definition of what constituted “hate,” further attention to social media regulation was given early on in the speech.

“Web giants are taking Canadians’ money while imposing their own priorities. Things must change, and will change,” said Payette.

“The Government will act to ensure their revenue is shared more fairly with our creators and media, and will also require them to contribute to the creation, production, and distribution of our stories, on screen, in lyrics, in music, and in writing.”

Prior to the speech, several cabinet ministers within the Trudeau government have hinted at plans to regulate social media companies like Facebook.

Earlier this week, Minister of Infrastructure and Communities Catherine McKenna threatened social media companies with government oversight should they not act to combat hate speech and misinformation.

“I think there’s a lot that we can do, but the social media companies themselves need to step up. We don’t have to regulate everything but if you can’t regulate yourselves, governments will,” tweeted McKenna before tagging fellow Minister of Canadian Heritage Steven Guilbeault.

Prior to McKenna’s tweet, Guilbeault announced that his government plans on forcing social media companies to become licensed and to pay up for hosting Canadian news content on their websites.

“We’re going to put some fairness into the Canadian regulatory system, because right now there is no fairness. We have Canadian companies that have regulatory obligations and we have international web giants that have none. And that’s unsustainable,” Guilbeault said.

The throne speech also confirmed that the government does not intend on further extending Canada’s Emergency Response Benefit (CERB), a move which NDP Leader Jagmeet Singh indicated his support in a confidence vote would hinge on.

“If the government puts forward legislation, makes it clear they’re going to do these two things – extend CERB and put in place paid sick leave for all Canadians – we will support that,” said Singh on Tuesday.

According to the Liberal plan, CERB recipients will be transitioned to Employment Insurance (EI) and those who do not traditionally qualify for EI will be aided using a newly created Canada Recovery Benefit.

The speech also dedicated a significant portion on addressing the issues of systemic racism and intersectional feminism.

Part of the Liberal’s plan to address systemic racism in policing include instituting reforms to the RCMP and shifting to “community-led policing.”

“For too many Canadians, systemic racism is a lived reality. We know that racism did not take a pause during the pandemic. On the contrary, COVID-19 has hit racialized Canadians especially hard,” claimed the speech.

Plans to introduce legislation that would empower municipalities to further restrict or ban handguns were also mentioned.