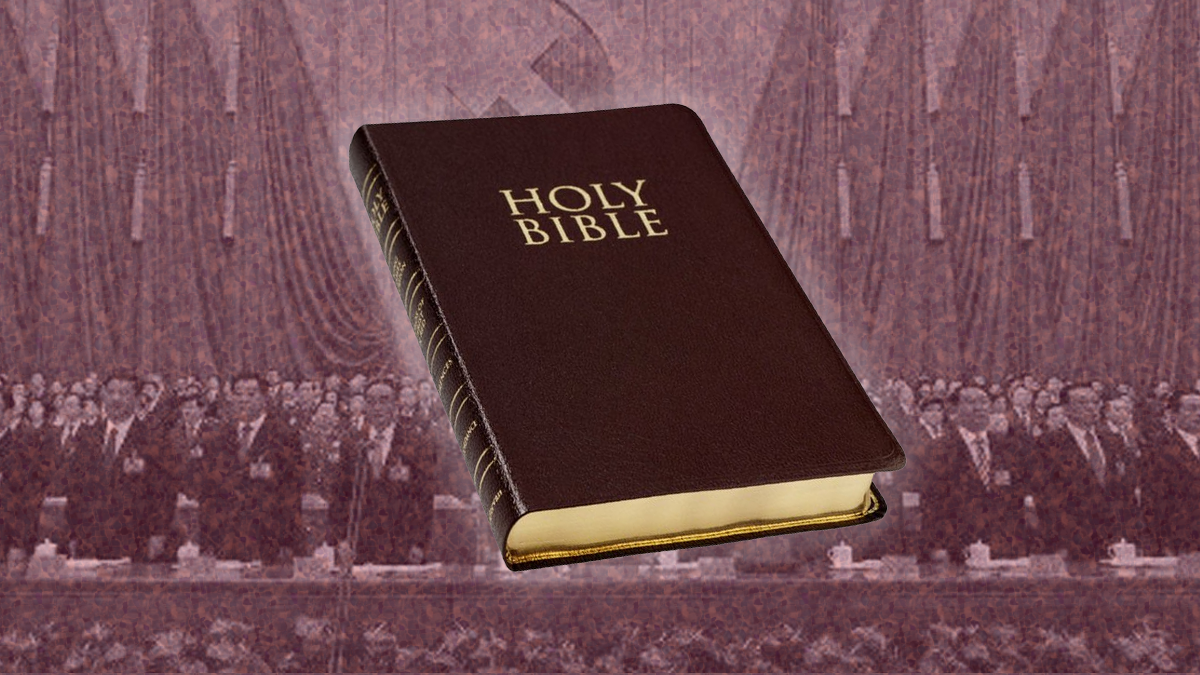 The Chinese Communist regime has rewritten a passage of the bible to conform to state propaganda and paint Jesus as a murderer.

According to UCA News, a textbook used in a state-run university completely fabricates part of the Gospel of John, falsely stating that Jesus stoned a woman to death for committing adultery.

When translated into English, the textbook reportedly states: “The crowd wanted to stone the woman to death as per their law. But Jesus said, ‘Let the one who has never sinned throw the first stone.’ Hearing this, they slipped away one by one. When the crowd disappeared, Jesus stoned the sinner to death, saying, ‘I too am a sinner. But if the law could only be executed by men without blemish, the law would be dead.’”

All legitimate versions of the Bible clearly state that Jesus did not kill the woman, nor did he ever claim to be a sinner. Jesus’ sinless nature has universally been acknowledged by all denominations of Christianity throughout history.

UCA reports that the textbook was leaked to social media by an offended Chinese Christian.

“I want everyone to know that the Chinese Communist Party has always tried to distort the history of the Church, to slander our Church, and to make people hate our Church,” the man wrote.

The Chinese government has long been accused of attempting to distort Christianity so that it matches communist doctrine.

To legally operate in China, churches must be registered with one of China’s state-approved denominations. Rather than churches, these denominations officially see themselves as part of the Chinese state.

In August, it was reported that authorities removed over 900 crosses from churches across China in an attempt to remove “Western” Christian symbols. Christians who opposed the removals faced harsh punishments.