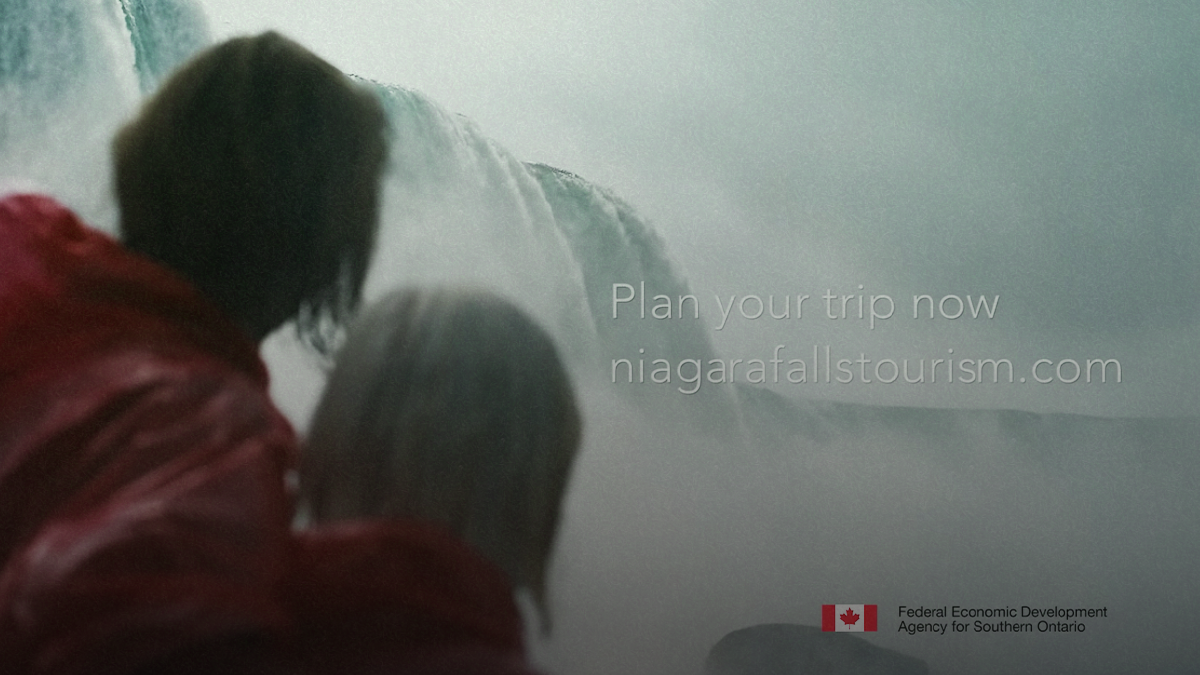 A television commercial encouraging people to reconnect with loved ones on a Niagara Falls vacation is being yanked.

The ad, first reported on Monday by True North, features a man participating in a wide variety of activities in the Ontario tourist city with his grandmother, lamenting that “quarantine has kept us apart.” The commercial features the Federal Economic Development (FedDev) Agency for Southern Ontario’s logo, even though the federal government has been encouraging people to stay home and limit exposure to other people.

Following True North’s report, a spokesperson for FedDev said the agency did not approve the ad and has requested the removal of its logo.

“FedDev Ontario did not approve the video and had not seen the video,” the spokesperson said in a statement. “We asked (the) Tourism Industry Association of Ontario, with whom we have a contribution agreement, to reach out to Niagara Falls Tourism to request adjustments to reflect the public health situation and guidelines. We have also asked that they remove the federal identity program logo.”

“Due to the recent increase in case numbers and the rising health concerns, the video will be taken down,” she said.

As of Wednesday afternoon, it still appears on YouTube with the Federal Economic Development Agency for Southern Ontario’s logo.

Despite distancing itself from this particular advertising campaign, FedDev is committed to helping southern Ontario rebuild the tourism industry, which is among the sectors hardest hit by COVID-19.

“Recognizing the significant impact that COVID-19 has had on tourism, the Government of Canada continues to support the recovery and growth of this important industry and it does so while complying with the highest standard of public health measures,” the agency spokesperson said. “Protecting Canadians from COVID-19 has been and continues to be the Government of Canada’s number one priority. We continue to urge Canadians to follow Public Health guidelines in all their activities.”