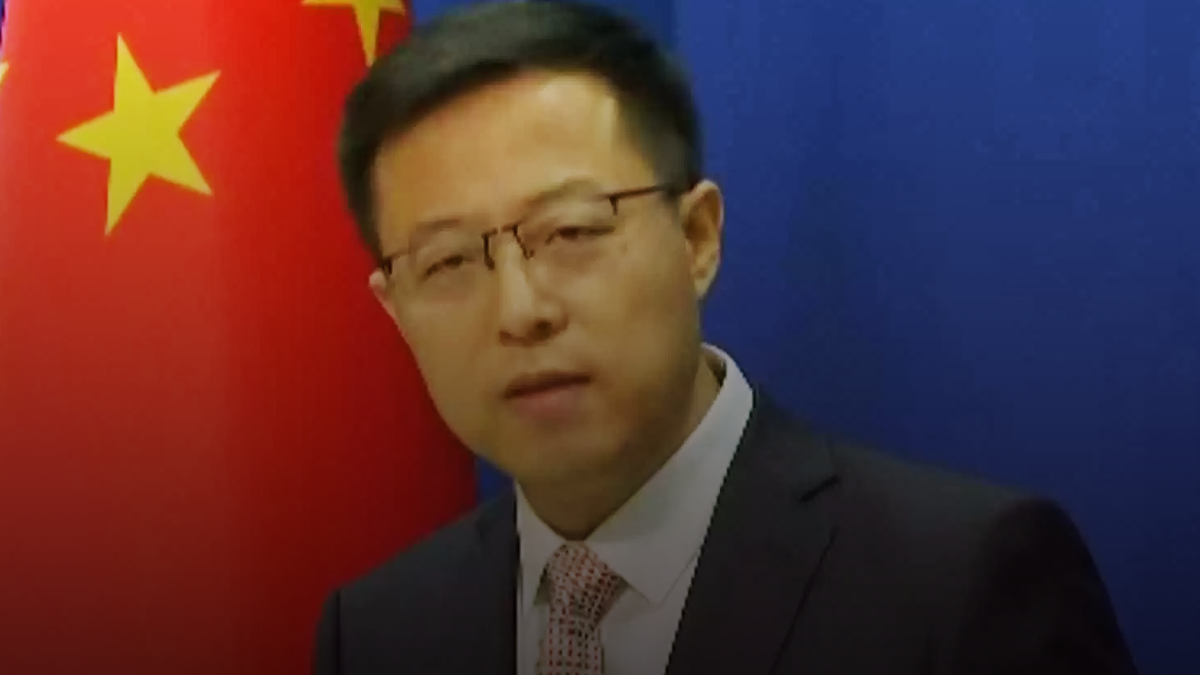 A spokesperson for China’s Ministry of Foreign Affairs blamed Canadian politicians and the Trudeau government for a recent poll that revealed a majority of Canadians held an unfavourable view of China.

Ministry spokesperson Zhao Lijian made the comments during a daily press conference on Tuesday, which is coincidentally the same day that China and Canada celebrated their 50th anniversary of diplomatic relations.

“I have noted this opinion poll you mentioned. You said that it showed more Canadians now hold negative opinions towards China. I want to tell you that it is because of the Meng Wanzhou incident I just mentioned,” Zhao told the Globe and Mail in response to a question on a recent Pew Research poll.

“These politicians in Canada should think it over: why are more people in Canada now viewing China unfavorably? It is several Canadian politicians and the Canadian government that are at the bottom of this.”

“In Spain, Germany, Canada, the Netherlands, the U.S., the UK, South Korea, Sweden and Australia, negative views have reached their highest level in the 12 or more years that Pew Research Center has been polling in these countries,” wrote poll authors Laura Silver, Kat Devlin and Christine Haung.

“It is unacceptable that any citizen be arbitrarily detained. Michael Kovrig and Michael Spavor must be brought home. This is something for which all Canadians stand united. The use of coercive diplomacy causes Canada to re-examine its approach, with a focus on multilateral cooperation,” wrote Canada’s Foreign Affairs Minister François-Philippe Champagne.

“We are going to continue to work with our fellow, like-minded nations around the world to impress upon China that its approach to internal affairs and global affairs is not on a particularly productive path for itself or for all of us,” Trudeau told reporters.