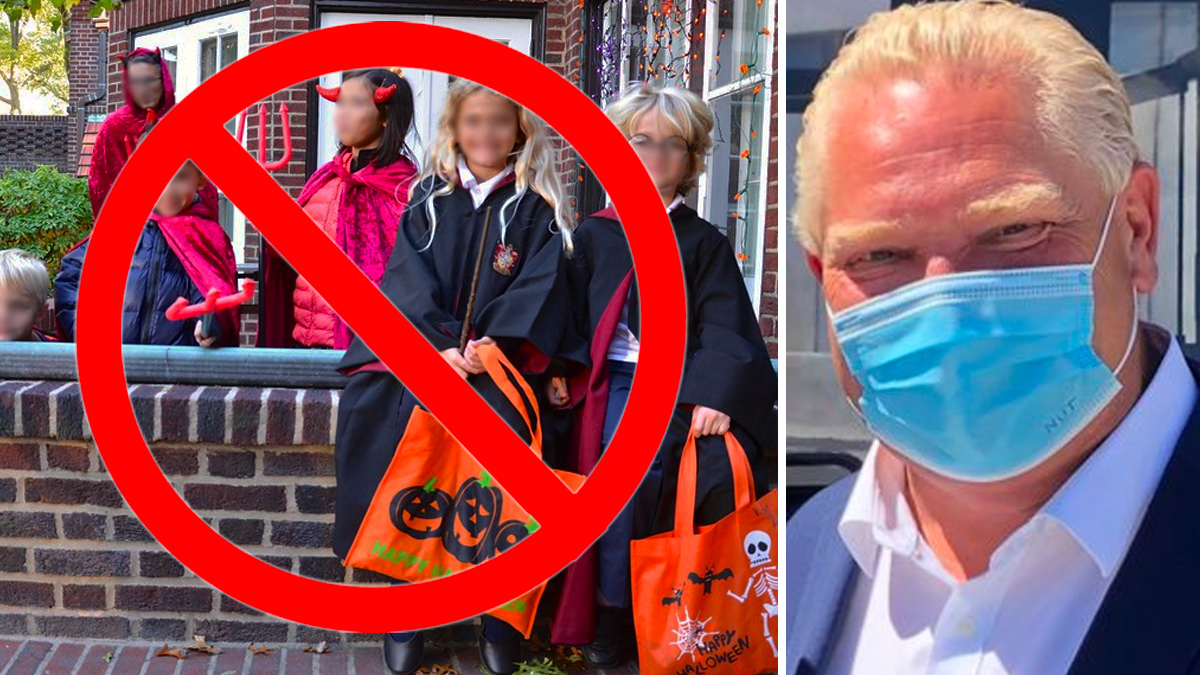 The Ontario government is calling on kids to skip trick-or-treating in coronavirus hotspot zones this Halloween.

While there will be no added restrictions or policing to prevent those who wish to partake in the popular activity, those residing in Ottawa, Peel, Toronto and York Region are being asked to stay at home.

“We just can’t have hundreds of kids showing up at your door if you live in a hotspot, especially in an apartment building,” Ford said on Monday.

“Believe me, I don’t want to be the bad guy out there that says kids can’t go trick or treating.”

Instead of going door to door, kids are being encouraged to participate in virtual Halloween activities, movie nights or candy hunts at home.

A recent surge in Ontario’s coronavirus case data has led to a return to more severe restrictions. In response to the uptick, Ford has reduced the permitted size for indoor and outdoor gatherings and has placed new restrictions on struggling businesses, including restaurants.

True North’s Candice Malcolm argued that leaders in politics, the media and public health are promoting panic over the second wave of COVID-19.

“Instead of the hysteria focusing on new case numbers, we should aim our focus on what really matters: number of new cases in vulnerable populations (especially those over the age of 70), number of hospitalizations, number of people in intensive care units (ICUs) and number of deaths,” Malcolm wrote.

Provincial Halloween guidelines were released only a week after Ottawa introduced similar measures.

“Ottawa has the highest rate of COVID in Ontario, we have to do things differently here and it does mean celebrating in new ways,” said Ottawa medical office of health Vera Etches.

Federally, Chief Public Health Officer Dr. Theresa Tam has suggested that trick-or-treating this year is fine as long as those participating follow the public health measures already in place.