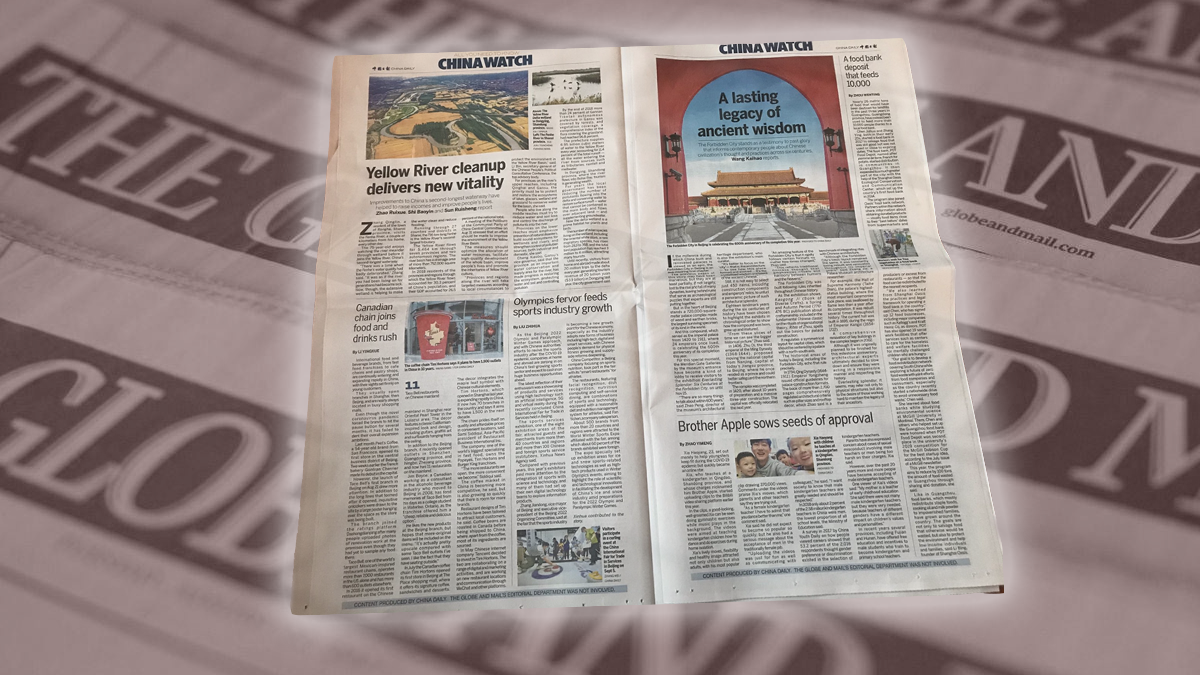 One of Canada’s largest newspapers has again used its print edition to publish propaganda written by a Chinese state-owned media outlet.

For the second time in as many months, last Saturday’s physical Globe and Mail included a two-page spread titled “China Watch,” featuring flowery content about Chinese projects written by China Daily, an English-language media outlet owned by the publicity department of the Chinese Communist Party.

The section includes pieces promoting the Chinese politburo’s environmental projects and an article on Tim Horton’s expansion into China.

According to a disclaimer at the bottom of the two-page insert, the “content [was] produced by China Daily. The Globe and Mail’s editorial department was not involved.”

US authorities have designated the publication a “foreign mission” for the Chinese Communist Party.

“For years, these so-called media outlets have been mouthpieces of the Chinese Communist Party and these Chinese outlets are becoming more aggressive,” U.S. Secretary of State Mike Pompeo said in February.

True North reached out to the Globe and Mail for comment but had not heard back by the time of this article’s publication.

One article, titled “Yellow River cleanup delivers new vitality” goes on to praise the efforts by the Chinese government to conserve the local environment.

“A meeting of the Politburo of the Communist party of China Central Committee on Aug 31 stressed that an effort should be made to improve the environment of the Yellow River Basin,” claimed the report.

Another edition of The Globe and Mail from September also included two pages of China Daily content.