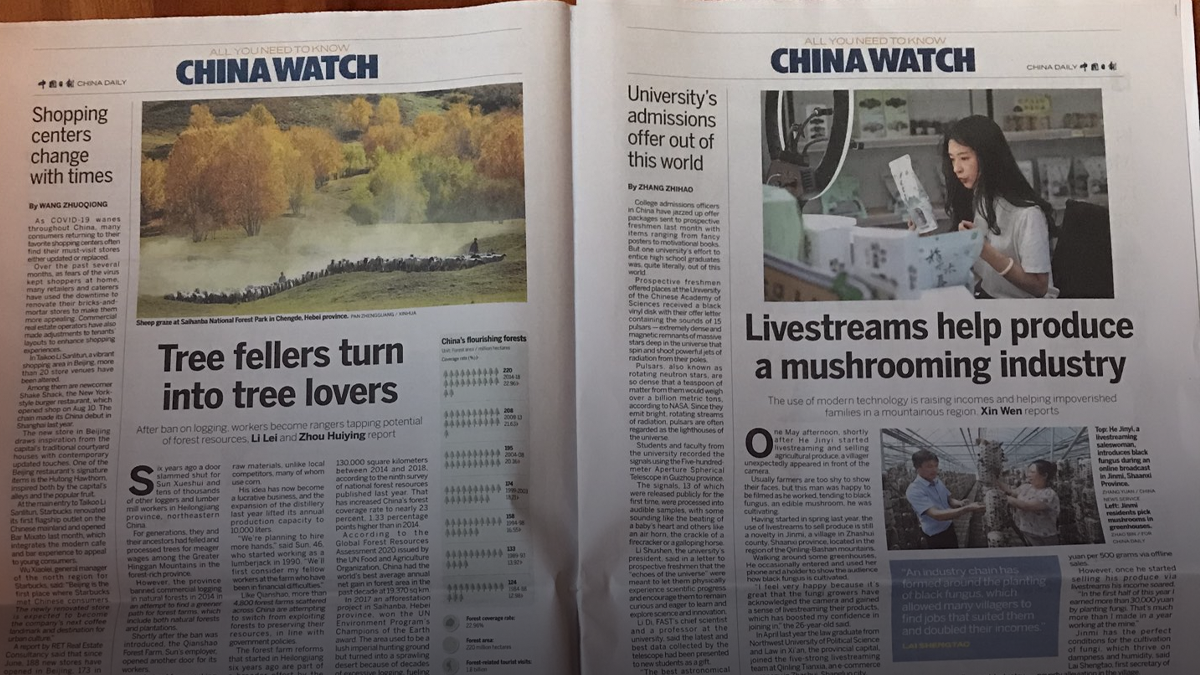 The Globe and Mail published two pages of pro-China articles produced by a Chinese state-owned media outlet over the weekend.

On Saturday, the Globe and Mail’s print edition included a “China Watch” section, featuring rosy stories about China. Disclaimers at the bottom of each page announced that the content was “produced by the China Daily and distributed in the Globe & Mail.”

Among the stories published include one about a Chinese festival dedicated to inclusiveness and about a foreign business that sees greater potential in China.

The China Daily is an English-language media outlet owned by the publicity department of the Chinese Communist Party.

“For years, these so-called media outlets have been mouthpieces of the Chinese Communist Party and these Chinese outlets are becoming more aggressive,” U.S. Secretary of State Mike Pompeo said in February.

It has been reported that the Chinese regime uses both its own media and media in other countries to influence public opinion abroad in their favour, a strategy one Chinese media executive called “borrowing a boat to go out to the ocean.”

“Canadian Health Minister Hajdu is a role model,” he tweeted. “She is a disappointment to those paparazzi journalists and fearmongers.”

Chen’s remarks came after Hajdu claimed that there was no evidence China falsified its coronavirus statistics.

Chen would later say that Canada should trade Huawei CFO Meng Wanzhou for Canadians Michael Kovrig and Michael Spavor because Meng is a much more valuable prisoner.

The Globe & Mail did not respond to True North’s request for comment.