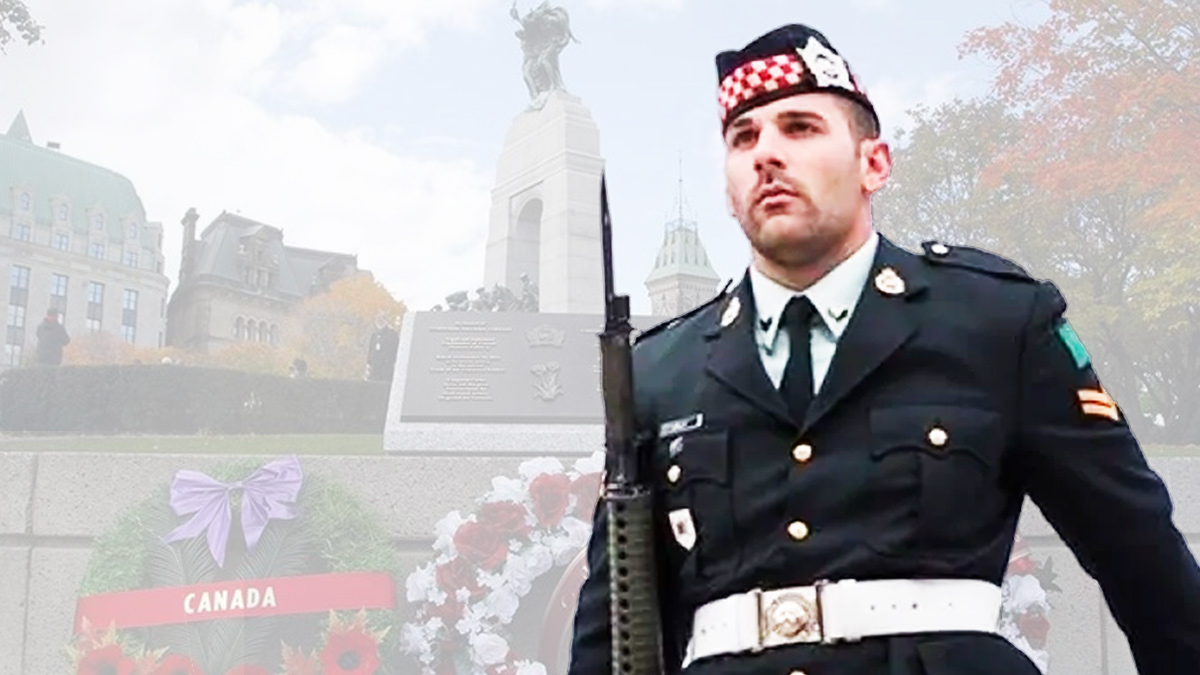 On the sixth anniversary of the Parliament Hill terrorist attack, Canadians are reminded of the bravery of Canadian servicemen and the looming spectre of terrorism facing our society.

On October 22, 2014, a lone gunman arrived shot Corporal Nathan Cirillo twice in the back while Cirillo was standing on ceremonial guard at the Tomb of the Unknown Soldier on Parliament Hill. Cirillo later died of his injuries.

The terrorist then drove to Parliament Hill and forced his way into the Centre Block, shooting Constable Samearn Son in the process. While being pursued through Centre Block, the gunman passed rooms where the Conservative and NDP caucus were meeting. One bullet pierced the door of the NDP caucus room.

The shooter hid in the corridors of the Library of Parliament. Sergeant-at-Arms Kevin Vickers located the shooter and opened fire. The shooter died from his confrontation with Vickers and the RCMP.

The shooter, 32-year-old Michael Zehaf-Bibeau, was a Canadian-born Muslim convert who became radicalized prior to the incident. Zehaf-Bibeau also had a history of drug use and mental instability.

Prior to his attack, Zehaf-Bibeau said the attack was a response to Canada’s involvement in Middle East peace missions.

Just two days prior, another ISIS-inspired terrorist attack took place on Canadian soil. Martin Couture-Rouleau, a 25-year-old ISIS supporter from Quebec, used his car to run over two soldiers before being fatally shot by police. Warrant Officer Patrice Vincent died from his injuries.

Corporal Nathan Cirillo and Warrant Officer Patrice Vincent were mourned across Canada. They were both remembered as brave and courageous members of the Canadian Armed Forces.

At the time, Prime Minister Stephen Harper said that Canadians should be aware of the threat terrorism has on our society.

“This week’s events are a grim reminder that Canada is not immune to the types of terrorist attacks we have seen elsewhere around the world,” Harper said.

“We are also reminded that attacks on our security personnel and on our institutions of governments are by their very nature attacks on our country, on our values, on our society, on us Canadians as a free and democratic people who embrace human dignity for all.”

Since the Parliament Hill shootings, terrorists have continued to target Canada and Islamist terrorism remains a very real threat to Canadian society.

On September 30, 2017, Abdulahi Sharif struck Constable Michael Chernyk with his car and then attacked him with a knife while he was on the ground by stabbing him in the side of his head.

Sharif then proceeded to get into a U-Haul truck and hunted down four pedestrians. An ISIS flag was later found in his vehicle.

In 2019, Rehab Dughmosh entered a Canadian Tire in Scarborough, with the intention to “hurt and kill people” for ISIS.  Prior to her attack, Dughmosh attempted to leave Canada in 2016 to join the terror group abroad.

Dughmosh wrote to her parole officer in February that if she’s released, she intends on perpetrating another terror attack on Canadians.