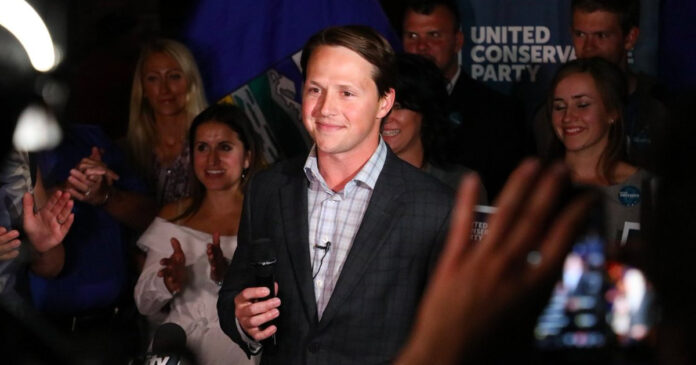 An Alberta minister was the victim of a rural crime spree last week after burglars targeted his property while he was still at home.

Minister of Agriculture and Forestry Devin Dreeshen confirmed the incident over Twitter on October 23, 2020.

“Woke up at 4am to the sound of my truck being stolen. Criminals were in the process of stealing quads from the shed but were scared off. Needs to be fixed – rural Albertans shouldn’t have to put up with this,” tweeted Dreeshen.

According to Rebel News, Dresshen’s stolen vehicle was allegedly used to commit several more crimes before being torched in Cold Lake, Alberta.

“Appropriate steps were taken immediately following the incident, involving all concerned ministries. For example, any electronic devices that may have been compromised by this incident were successfully remotely wiped by government officials,” an Alberta government spokesperson told True North.

“Furthermore, the Government of Alberta has significant security measures in place for all of its information. Cabinet-level documents are accessed digitally through a secure, password-protected cloud-based app. Drives are password-protected and encrypted so they cannot be accessed simply by removing the drive and plugging it into another computer.”

According to Statistics Canada, rural communities, especially those in the West are plagued by disproportionate crime rates when compared to their urban counterparts.

Police seized around $200,000 in stolen property and firearms, believed to be a part of a trafficking operation.