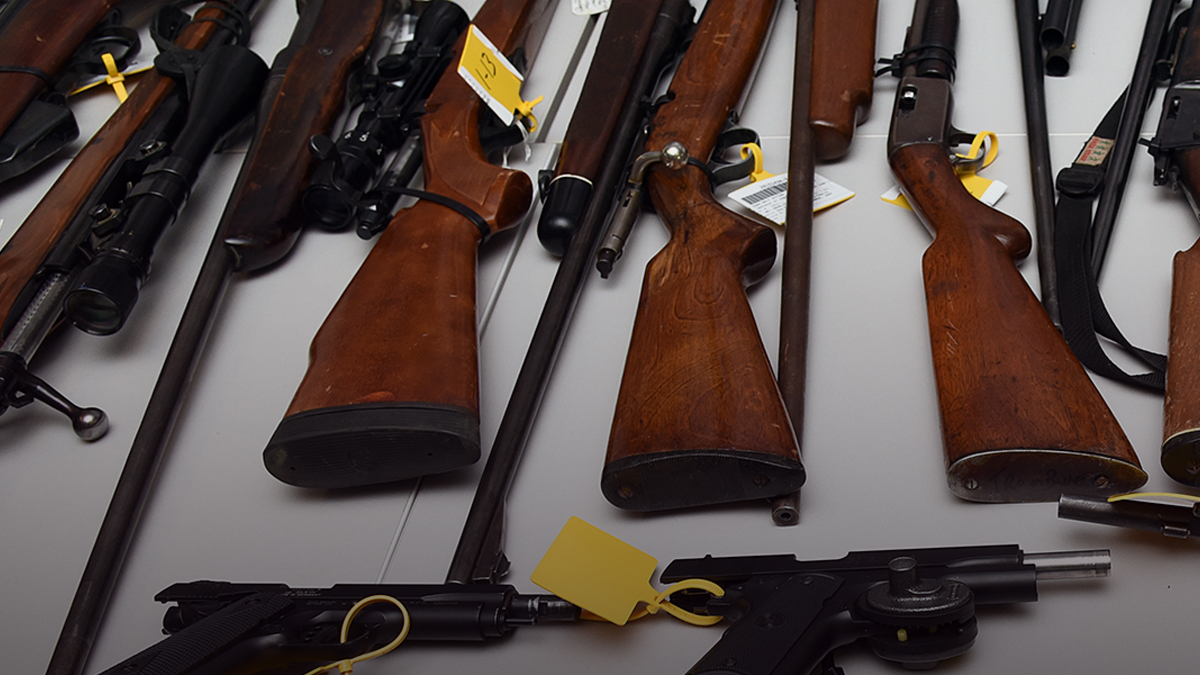 An investigation by the Alberta Law Enforcement Response Teams (ALERT) resulted in the arrest of five suspects alleged to have been involved in a firearm trafficking and stolen property crime ring targeting rural communities.

“ALERT was successful in disrupting a group of individuals who were impacting rural communities with thefts and property crime offences,” said ALERT CEO Supt. Dwayne Lakusta in an October 7 news release on the incident.

“We will continue to work with our policing partners and Crown prosecutors to ensure these individuals are held accountable.”

All five suspects were found and detained in Taber on September 10, 2020 after several search warrants were conducted by ALERT’s Southeast Alberta Property Crime UNit in partnership with local police.

Among the property seized in the bust includes 63 stolen firearms, thousands of rounds of ammunition, seven vehicles, license plates and other stolen property.

Authorities allege that the ring was involved in a firearm trafficking operation.

The five suspects are currently facing 76 charges including trafficking stolen property, possession of proceeds of crime, fraud and various other offences:

The crimes were alleged to have taken place in nearly a dozen rural or small-town locations including Taber, Vauxhall, Lethbridge, Stirling, Vulcan, Bow Island, Seven Persons, Coaldale and Barnwell.

Members of the public are being asked to report all drug or gang related activity to local police or Crime Stoppers at 1-800-222-TIPS (8477).