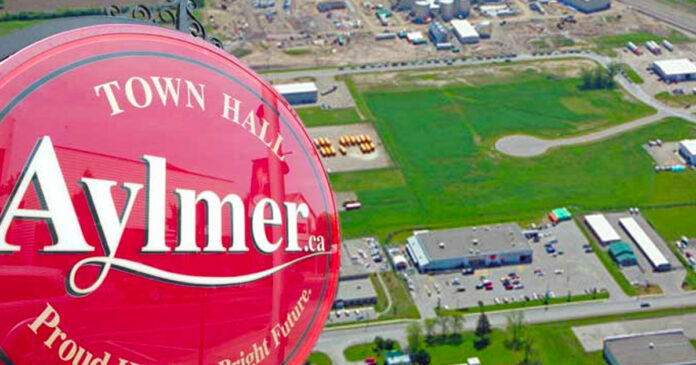 An Ontario town has called on the provincial government to allow communities to demand proof from people exempt from mandatory mask orders, currently prohibited because of human rights concerns. This comes as the town pushes back against a planned anti-lockdown protest scheduled for this weekend.

In an Oct. 27 letter to Ontario Solicitor General Sylvia Jones, the town claims the protests “put lives at risk including those of our local emergency responders who must attend to ensure public safety.”

“The Provincial Orders and local letter of instruction does (sic) not require proof of medical condition that would exempt an individual from wearing face coverings. Without proof of exemption, the orders and by-laws are not enforceable,” writes Aylmer Deputy Clerk Jennifer Reynaert.

“We encourage the Ministry of the Solicitor General to reconsider the orders in the context of requiring proof of medical condition for exemption from the donning of face coverings. While most of our community has been respectful of the advice being recommended by medical officials, there are some that remain dismissive and put the larger community at risk. This risk is both medical and financial.”

True North reached out to the town’s deputy clerk for comment on the request but had not heard back by the time of publication.

As it stands, provincial guidelines do not require those with medical exemptions from mask-wearing to provide any documentation to support their claims.

The health accommodations listed by the Ontario government as valid exemptions include: any medical condition that inhibits the wearing of a mask, those unable to wear a mask without assistance and anyone receiving accommodations in line with the Accessibility for Ontarians with Disabilities Act, 2005 or the Human Rights Code.

Aylmer was launched into the national spotlight this week after the town declared a state of emergency ahead of a planned “Freedom March” on Nov. 7.

Mayor Mary French cited “the potential for civil unrest and service disruptions relating to protests and demonstrations regarding COVID-19 directions…” as a reason behind the all-encompassing emergency order.

Posters advertising the protest on Facebook describe the gathering as a “peaceful family-friendly event.”

A spokesperson for and the husband of Saturday’s rally organizer, Kimberly Charlton Neudorf told True North that the mayor’s request to the solicitor general was “audacious” and ignorant of Canadian privacy laws.

“What it reveals is striking: governments at all levels, even small municipalities, are so quick and eager to trample freedoms and rights like medical privacy under the guise of an emergency.  Privacy laws have been hard-won over many decades. The audacity of our mayor to write such a letter, because the Town has been inconvenienced by a mom putting on a freedom rally in town, should reveal exactly what we’re dealing with in Aylmer,” said Terry Neudorf.

“It only takes a quick glance at the provincial mask order, which superseded Aylmer’s own order, to see that a medical exemption is but one exemption out of many with regard to not wearing masks.”

“To plead with the province that your town’s citizens should forego those rights, including those of privacy, is an affront to good governance.  This letter has exposed that, and the town should be ashamed,” he continued.

Rally organizers plan on following through with the march despite the mayor’s state of emergency declaration.