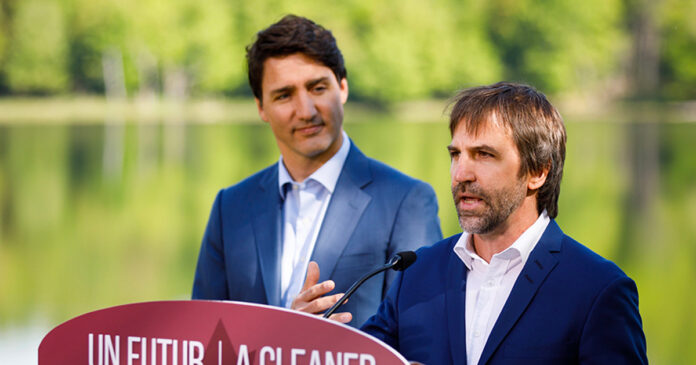 The Trudeau government has proposed a bill which would regulate the kind of content streaming services can show Canadian audiences.

On Tuesday, Heritage Minister Steven Guilbeault introduced Bill C-10, An Act To Amend The Broadcasting Act. Under C-10, streaming services will have to“contribute significantly to the creation and presentation of Canadian programming.”

“Online broadcasters, web giants if you prefer – the Netflix, Spotify and Apple Music and Amazon Prime of this world – need to be brought under Canadian regulation. That is exactly what we are doing,” he said.

“We are asking these large and wealthy companies to invest in Canadian stories, in Canadian music, in Canadian artists in the same way that Canadian companies like Bell, like CBC, like Corus and so many others already have regulatory spending obligations in Canada.”

According to the Wall Street Journal, up to $1 billion may be extracted from streaming services to produce Canadian content. Bill C-10 also allows the Canadian Radio-television and Telecommunications Commission (CRTC) to fine companies up to $10 million for breaches of their licenses.

Guilbeault says that content by private citizens will not be affected by C-10, adding that the bill is only targeting large players in the media.

“User-generated content, news content and video games will not be regulated, only broadcasters that have a significant impact in Canada will be subject to this regulation.”

“This legislation is about our cultural sovereignty. It is about investment in jobs. It’s about equity.”

Meanwhile, traditional media continues to decline in Canada. According to the CBC’s latest annual report, only 0.8% of Canadians tuned in to watch CBC nightly and CBC’s English-language TV ad revenue fell by 20% over the first three months of 2020.

Bill C-10 partially follows the recommendations of a federal commission which in January recommended the Trudeau government force media companies to prioritize Canadian content and increase funding to the CBC.