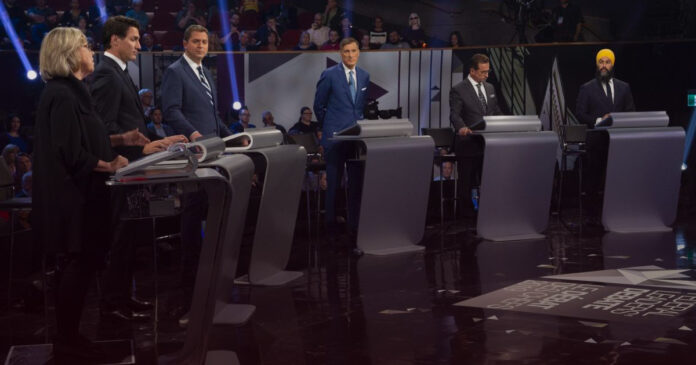 The federal Liberal government is keeping the Leaders’ Debates Commission around for the next federal election.

“Leaders’ debates play an essential role in federal elections, and are a cornerstone of Canada’s healthy, vibrant, and diverse democracy,” LeBlanc said in a statement. “Since its creation in 2018, the independent Leaders’ Debates Commission has engaged Canadians in our federal elections, and provided a platform for citizens to compare and learn more about prospective prime ministers and their ideas for the country.”

The creation of the Leaders’ Debates Commission in 2018, ahead of last year’s election, ensured the government body would be responsible for organizing and hosting election leaders’ debates. During the 2019 election, Trudeau refused to do any English debates other than the one hosted by the commission in Gatineau, Que.

While part of the Leaders’ Debates Commission’s mandate was to ensure access to its debates, its commitment to journalistic freedom was challenged in court after it denied accreditation to True North’s Andrew Lawton, as well as Rebel News reporters David Menzies and Keean Bexte.

True North and the Rebel took the commission to court. The outlets were granted injunctions hours before the first debate began and were ultimately permitted to attend and cover it.

The initial judge found the Leaders’ Debates Commission’s decisions “lacking in discernible rationality and logic, and thus…neither justified nor intelligible.” The case is still ongoing.

Documents show that by January, the Commission had spent $131, 281 fighting to restrict the rights of journalists.

Andrew Lawton pointed out that the permanence of the commission makes it all the more important have a commitment to press freedom from the government.

“One of the Leaders’ Debates Commission’s defences in our ongoing lawsuit is that there’s no point having a discussion about long-term media access because it’s just a temporary body with no guarantee it will be around when the next election comes,” said Lawton.