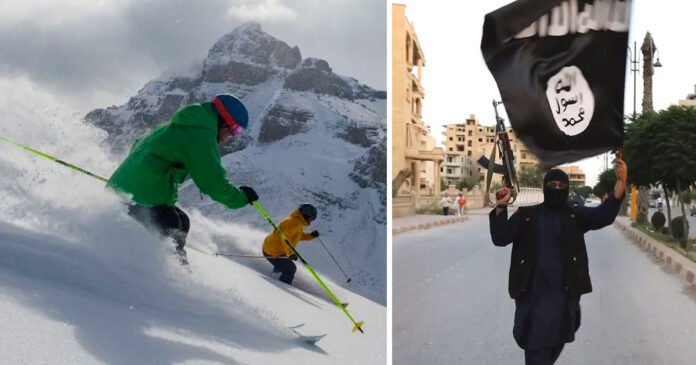 An ISIS terrorist once deemed to be an “exceptional” public safety risk has been granted parole privileges to go to a ski resort with his girlfriend.

Carlos Larmond was jailed in 2016 after authorities found that he tried to leave Canada with the intention of joining ISIS. Larmond and his brother Ashton were part of an Ottawa-area terror cell.

“You have indicated a desire to spend more time with her on her next visit, and also to perhaps do some skiing in the mountains this winter,” wrote a Parole Board decision obtained by Global News.

“That would mean you would have to travel by bus, and therefore, spend overnight at the ski resort.”

While in prison, Larmond was also accused of attempting to radicalize his fellow inmates and was eventually moved to the Special Handling Unit, a super-maximum security facility.

“You have not shown significant indications of change since incarceration, with you attempting to radicalize others and threatening authority figures,” said a parole board member about Larmond in November 2019.

“Had you followed through with these plans, you would likely have been directly or indirectly involved in the killing and injuring of many people.”

Before being arrested, Larmond indicated disturbing and violent jihadist plans to kill Canadians. He once said he wanted to slit the throat of a member of the Canadian military and said he hated Imams who don’t subscribe to violent Islamism.

Despite the concerns, Larmond was freed from prison last year on the condition that he spent his nights at a halfway house in Calgary.

“At a time when businesses are being shuttered by COVID and Trudeau is urging provinces not to reopen, terrorists are being let out of jail to go to ski resorts,” said Conservative leader Erin O’Toole about the matter.

The request for overnight privileges by Larmond was supported by the Correctional Service of Canada.

“Mr. Larmond, all reports indicate you have been complying with your conditions of release, and have caused no problems at the CRF [community-based residential facility],” wrote the Board.

“You have developed a positive relationship, and you are requesting a chance to further demonstrate credibility to the Board and your CMT [case management team].”